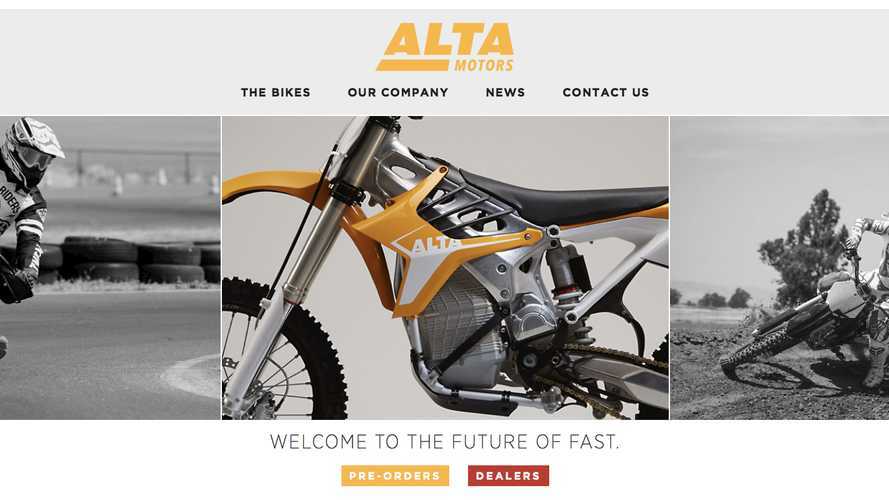 On Friday, BRD announced it's changing its name to Alta Motors.  Here's where BRD kind of explain its name-changing decision:

BRD was never a great external name. It had important internal meaning to us but for a lot of reasons, we always communicated it to the outside world as either “a secret” or meaningless. It was awkward.

We’ve found a name that fits us well, will be featured prominently at the top of the column in the yellow pages, and carries a lot of meaning to us: Alta. Alta California was also the name of our territory, sitting on top of Baja California. Alta also means other stuff we really like and it looks right on our bikes. So now we are Alta.

Well, there you have it.  Though we're not quite sure what BRD is referring to as its "secret meaning" of BRD, (and we kind of thought "BRD Redshift" was awesome), nor are we sure about what Alta means, even though we looked and looked.  From Wikipedia we got all sorts of interesting references, including:

...but the most interesting was from a baby names source:

The name Alta is a baby girl name.

Spanish Meaning: The name Alta is a Spanish baby name. In Spanish the meaning of the name Alta is: High. Abbreviation of Altagracia - a reference to the high grace of Jesus' mother Mary.

SoulUrge Number: 2 -People with this name have a deep inner desire for love and companionship, and want to work with others to achieve peace and harmony.

Expression Number: 7 - People with this name are excellent at analyzing, understanding, and learning. They tend to be mystics, philosophers, scholars, and teachers. Because they live so much in the mind, they tend to be quiet and introspective, and are usually introverts. When presented with issues, they will see the larger picture. Their solitary thoughtfulness and analysis of people and world events may make them seem aloof, and sometimes even melancholy.

Whatever.  Rock on dudes.  Just don't let anything get in the way of getting me my bike, OK?  And yeah, it's still called the RedShift, thank goodness.