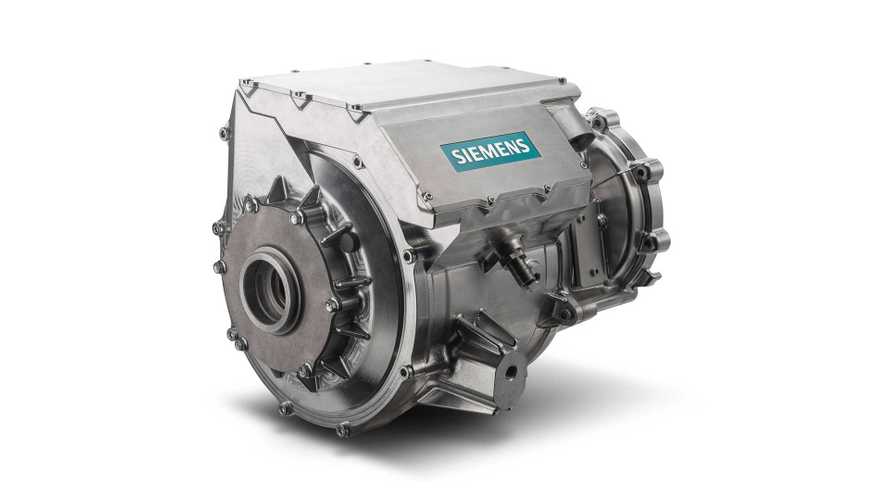 Siemens has developed a new drive motor for electric cars called the Sivetec MSA 3300, which has an integrated inverter in a single housing.

According to Siemens, this will reduce weight, size (six to seven liters of additional installation space) and cost of drivetrain (integration would also eliminate the costs of wiring the motor to the inverter and fewer assembly steps would be needed to produce the vehicle).

The most important part of the new solution is use of a common cooling system for both components, because an inverter's power electronics wouldn't withstand too much heat from the motor.

Sadly, we don't know the specifications of this device, nor if any carmaker is willing to buy the Siemens Sivetec MSA 3300 unit.

Siemens developed the integrated drive unit Sivetec MSA 3300 on the basis of a series electric motor. The engineers adapted the housing in such a way that the inverter could be integrated into the motor. One problem they faced was the heat generated by the electric motor. At high temperatures, the output of the IGBT modules - the high-performance semiconductors that convert the battery's current into alternating current - has to be limited. For this reason, inverters in electric cars. always have their own water cooling system. Another component of the overall solution is the very robust power modules featuring SkiN technology. SkiN is a bonding technology that connects the surface of the semiconductor chip without requiring bonding wire. When the thermal load fluctuates, the electrical contact between the chip and the bonding wire is a weak point of semiconductor components.

A key feature of the integrated drive unit was therefore the creation of a special cooling water system around the motor and inverter. The coolest water first flows around very thermally sensitive components such as the IGBT modules and the intermediate circuit capacitor, after which it is led into the motor's cooling jacket. The water flow system is designed in such a way that a kind of water screen is created between the inverter electronics and the motor. As a result, it thermally isolates the two units from one another.

The concept's feasibility has already been demonstrated in a lab under the typical load curves and operating conditions of an electric motor in an automobile. The industry has expressed considerable interest in Sivetec MSA 3300, and the system was recently nominated for the eCarTec Award 2014, which is the Bavarian State Award for Electric and Hybrid Mobility."