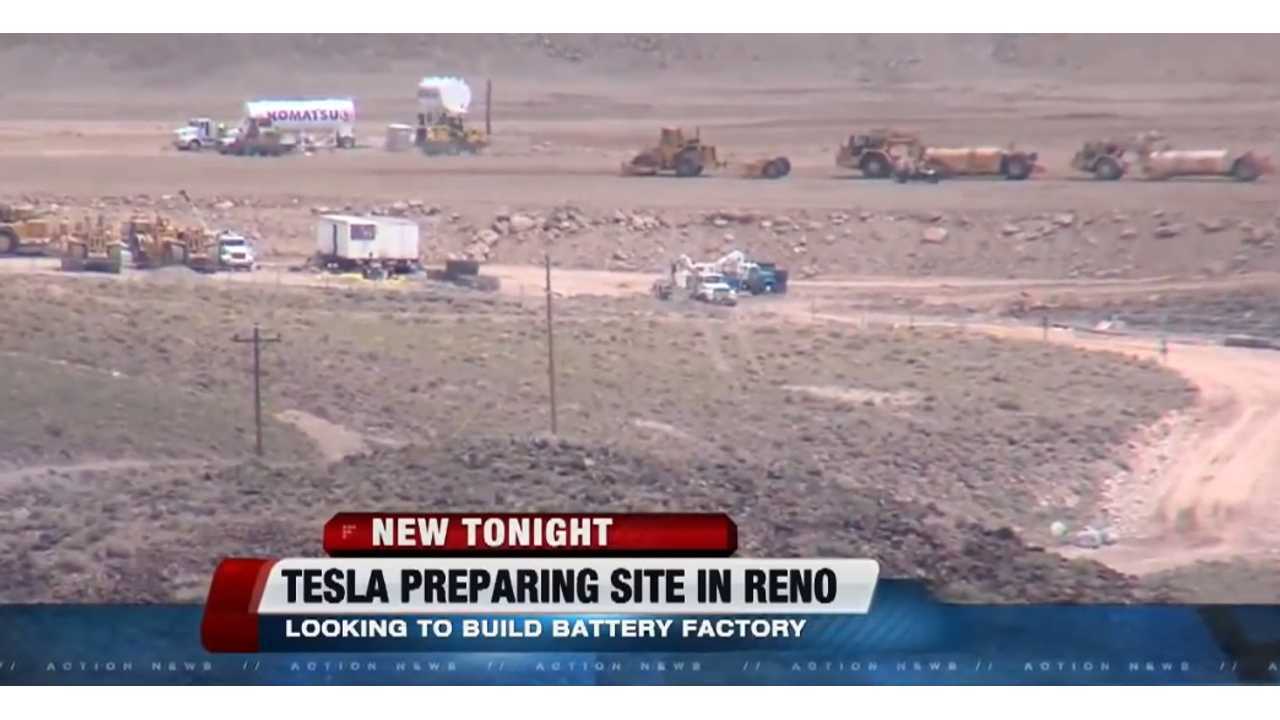 While it surprised us to learn that Tesla has made up its mind so early on the future site of its Gigafactory, it was no surprise at all that it is in Reno, Nevada.

Site Of Excavation in Nevada

The news comes via a "source" inside the Nevada's Governor's office to CNBC, but was also confirmed separately by the Wall St. Journal as the outfit said that Tesla execs, along with state officials (including Nevada Governor Brian Sandoval) would hold a press conference in Carson City on Thursday.

The site specifically is actually a little east of Reno in Storey County.

The Reno location had been making a lot of news of late, as word of Tesla contracting a local construction company to build a pad recently made national news (earlier story and video here). Tesla had confirmed the Reno site during their last quarterly conference call, but had said other states were still in the running.

Apparently, not so. Thanks for playing California, Texas, New Mexico and Arizona.

“Before we actually go to the next stage of pouring a lot of concrete though we want to make sure we have things sorted out at the state level - that the incentives are there that makes sense,…But I do want to emphasize that Tesla is not going to go for a deal that is unfair to the state or unfair to Tesla. We want to make sure it’s compelling for all parties.   I think on the Nevada side, at this point the ball is on the court of the governor and the state legislature.”

For now, Tesla is not commenting specific on these reports but does offer the following:

The Reno facility is expected to be operation by 2017, and to ultimately supply enough cells to power up to 500,000 Tesla electric cars.