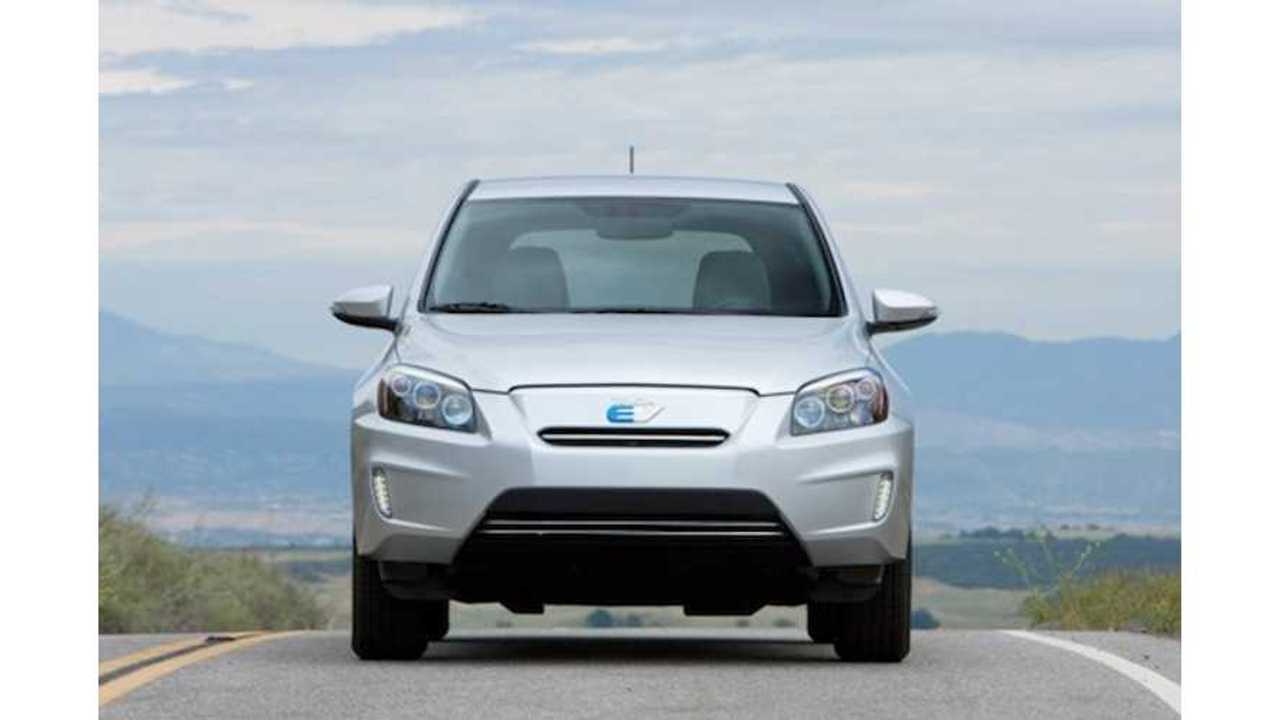 Toyota RAV4 EV production is limited to 2,600 units.  As our sales chart shows, cumulative sales reached 2,130 units through the end of August, thus leaving only 470 RAV4 EVs left to be sold/leased.

At this year's monthly average of 105, those units will last less than 5 months, but if sales track at or near the 228 sold in August, then we could be looking at just over 2 months of RAV4 EVs left to sell.

Back to August Sales

August RAV4 EV sales were unexpectedly high.  We reached out to Dianne Whitmire, Fleet and Internet Sales Director at Carson Toyota in Sunny SoCal, for comment.  Typically, Whitmire sells 1/4th of all the RAV4 EVs sold in the U.S. in a single month.  Averaging more than one sale per day, Whitmire clearly leads in RAV4 EV sales.  August was no exception as Whitmire sold a remarkable 36 RAV4 EVs (out of the 39 sold at Carson Toyota), but that 36 (or even 39) is well below 1/4th of the 228.  So, what's going on here?

Dianne Whitmire tells us that Carson Toyota's plug-in electric vehicle sales broke out like this in August:

We suspect a large fleet order may have been placed, though we can't confirm this at this point in time.  However, a more than tripling of sales (228 in August compared to just 68 in July) hints to us that something rather major (beyond just a strong lease deal) came into play.