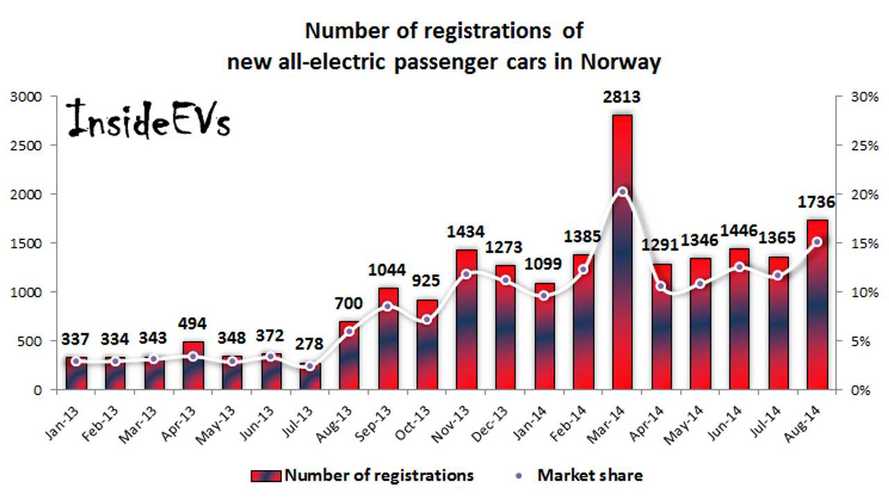 For the second month in a row, newcomer Volkswagen e-Golf leads the pack with 467 registrations! More than 43% of all Golfs sold in August were e-Golfs.

And the ratio EV/ICE is even higher for Volkswagen e-up! with 297 last month.  The EV/ICE ratio for up! is regularly above 80%.

The second best selling model was the Nissan LEAF - 400 registrations (667 together with used imported).