Top Gear's James May Discusses His BMW i3 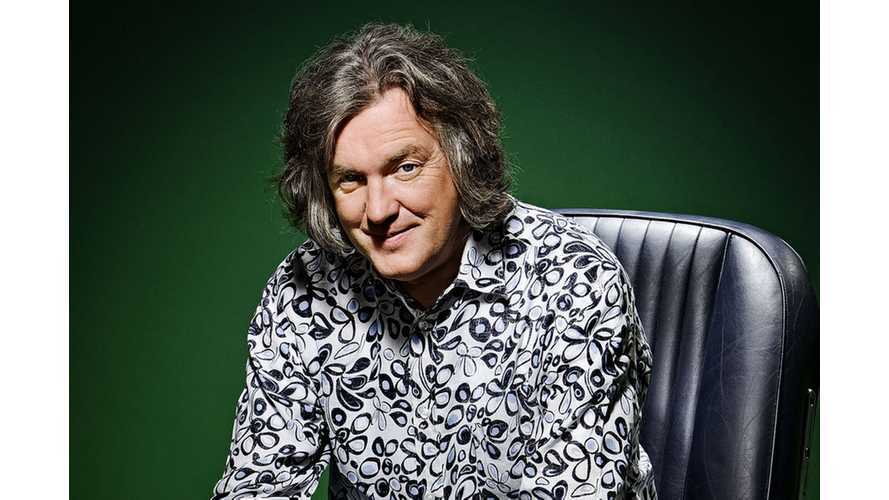 Back in May, Top Gear’s famous host, James May, stated he was considering the new BMW i3 electric car.

Part of a team which has traditionally taken great pains to paint electric cars as slow, boring, expensive and impractical, the news came a surprise. May purchased the BMW i3 REx variant.

“We’ve known for a long time that the electric motor is the ideal way to propel an electric car,” he said. “We’re discovering that there’s a different sort of pleasure in motoring in an electric car because of the smoothness, the silence.”

Even though May’s i3 is not in his possession yet, he offered some more insight into his purchase decision and potential conflict’s with Top Gear's agenda.

But I’m still very excited. Why, though? Why would I be so sleepless over a car that’s going to traumatise me with this new syndrome of ‘range anxiety’, a very polite name for ‘battery tyranny’? Why, when I’ve recently driven La Ferrari LaFerrari  – a car that harnesses the wonder of electricity in a very intelligent and sustainable way – am I worked  up about humming around in an overpriced battery-powered aircon unit? It troubles me.

I’m taking a lot of stick about this car. A number of people have pointed out that buying an electric car but continuing to work on Top Gear is somehow not very ecological. But who said it was? I’m not interested in the ecology, I’m buying it because I’m a car enthusiast, and I’m really not going to sleep better in the knowledge that Nick Clegg is pleased with me. Quite the opposite, to be honest. Doesn’t explain why I’m jumpin’ about it, though.

Someone on Twitter was also having a pop at  my credentials as a car fan. How could I deny the passion of driving, they asked?

Well, look. There’s more than one way to be excited by cars. I love daft supercars, but I also like  a Rolls-Royce Ghost for its serenity and sense of detachment. A whisper-quiet electric car may expose a new facet to this thing that used to be called ‘motoring pleasure’. We’ll have to see.

The full article written by James May can be found here.