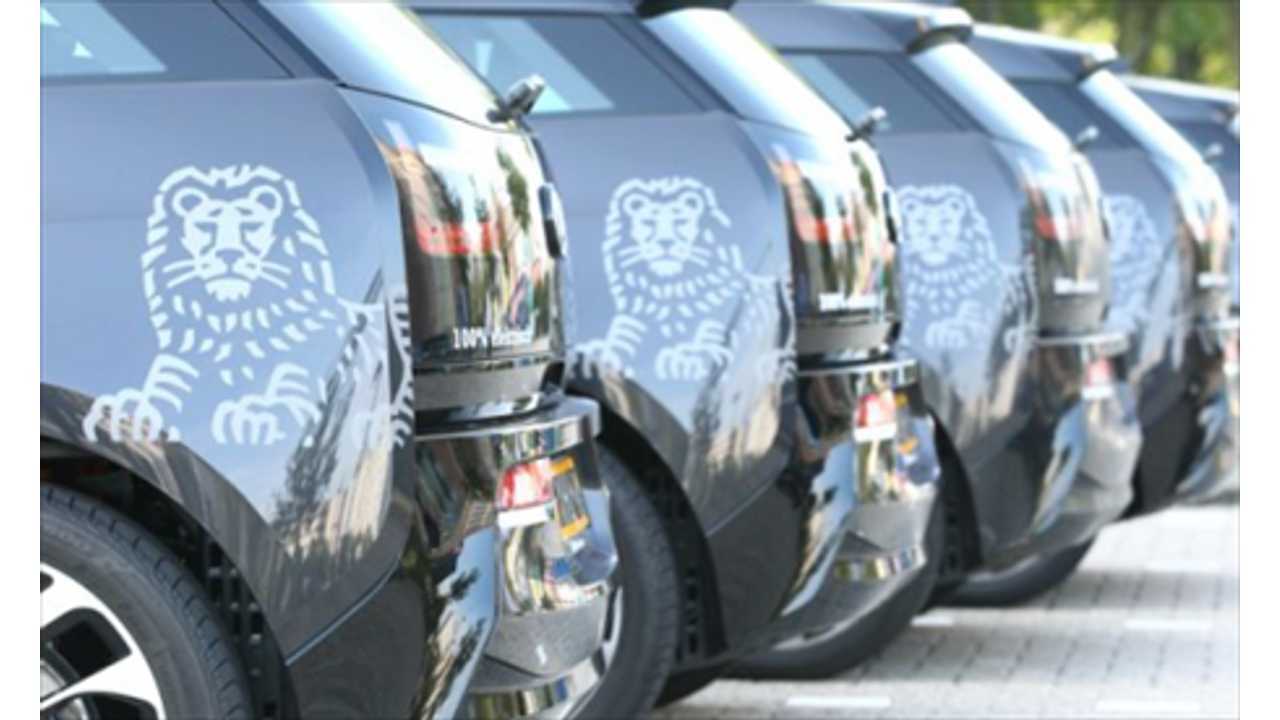 Back in September, ING in Amsterdam launched its "100% Electric Mobility" program.  Since then, 51 BMW i3s have been added to ING's lease fleet.

Participating drivers must live within a 45km radius of ING's headquarters.  Those drivers have access to some 90 charging stations installed by ING.

This is not ING's first plug-in vehicle program.  In its lease fleet, there are already 42 plug-in hybrids.

To participate in the "100% Electric Mobility" program, ING employees must apply and be selected by ING.

The overwhelming response has been so positive that ING has created a waiting list for its employees who wish to drive electric.

"We have all received enthusiastic responses from people at the start of recruiting participants in the pilot. So there are 51 cars with it and there is even a waiting list."

"Part of the pilot is to give the participants a year feedback on electric driving."

We don't believe that there's a cost associated with the use of the i3s.  ING says it's using this program to inform automakers such as BMW and leasing companies on who drivers use EVs in the real world.  Additionally, ING adds:

"Use has been made of grant opportunities to place charging stations in the city of Amsterdam. This process is going well!"

No comment was offered on how ING obtained the electric BMWs.