Chevrolet Volt Crosses 2,500 Sales In US For First Time This Year 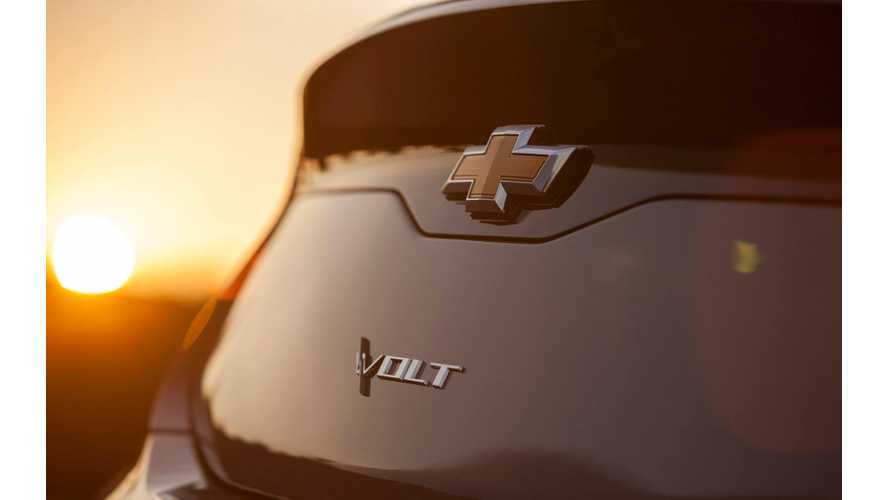 Heading in August, the Chevrolet Volt had managed to best the prior month's sales for each month so far.

And this month was no exception, except that GM did it in style by passing the 2,500 unit mark for the first time in 2014

Unfortunately the year-over-year numbers continued to fall, as the buzzsaw that was August of 2013 - when GM set the all-time US record for most plug-ins moved in a month with 3,351 Volts sold easily outpaced 2014's number by 25%.

On the production/inventory side of things - while we thought that we might see a bit of a sell down of inventory during August, the opposite happened with close to 10,000 Volts being available for sale on deal lots; about 40% of which are new 2015s.

Also during August, General Motors promised to show the next generation of Chevrolet Volt at the Detroit Auto Show (NAIAS) in January, while teasing a picture of the rear hatch of the car.

Before then however, InsideEVs has learned there will be a least two more company "events" toying with our emotions and teasing the future Volt further.

On the 'premium' extended range side of things, the Cadillac ELR also set a new personal best with 196 notches during the month.  On the small EV side of things, we just spoke to a GM exec and 80 Spark EVs were sold in August as well...which doesn't seem all that great, but we have to note that these were ALL retail sales this month, and in that regard, it was pretty decent.

High fives all around for GM this month.