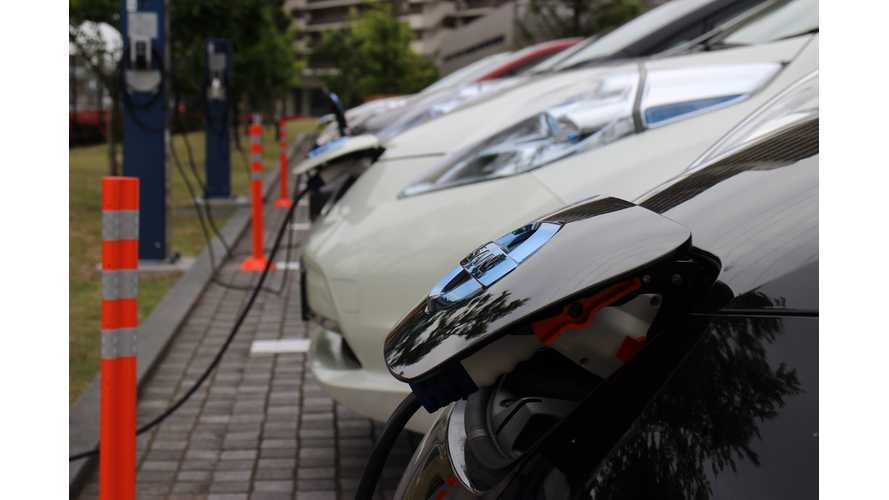 Things have been going fairly well for Nissan of late.  Any by "of late" we mean the last year and a half as Nissan has now recorded 19 consecutive monthly sales records heading into August.

“It's what we call the 'cul-de-sac phenomenon,' where once someone in a community buys a LEAF, then friends, family, co-workers and neighbors see the benefits of this fun-to-drive electric vehicle firsthand and are sold on the idea of going electric.”

The secret to the LEAF's success?  A MSRP that has fallen a couple times has been a help.  The addition of some new features and the sturdier/all weather "lizard" battery for 2015 has been a perk...but mostly, it is just the lack of any serious competition in an every-growing EV segment.

After selling more than 3,000 EVs in July, Nissan actually grew its market share in the US for a 3rd consecutive month - up to 24.2%, basically 1 in every 4 plug-ins purchased in America is a LEAF.

As The Overall Plug-In Market Grows In The US, So Too Does LEAF Sales

Looking at production and the situation on the ground when it comes to inventory, Nissan's new production level for the 2015 model year has allowed the company to not only sell a lot of LEAFs, but hit a new all-time high for cars on dealer lots.  About 4,500 LEAFs are currently available to be sold.   This is still not as high as we (or likely Nissan) would like it, but it is a vast improvement from where there company has been in the past.

Internationally, the LEAF has also been enjoying a resurgence of late in Japan and steady results in Europe - which means the 84 mile EV will quite likely be the first plug-in to eclipse the 6,000 unit sold (in a month) mark this month or next.