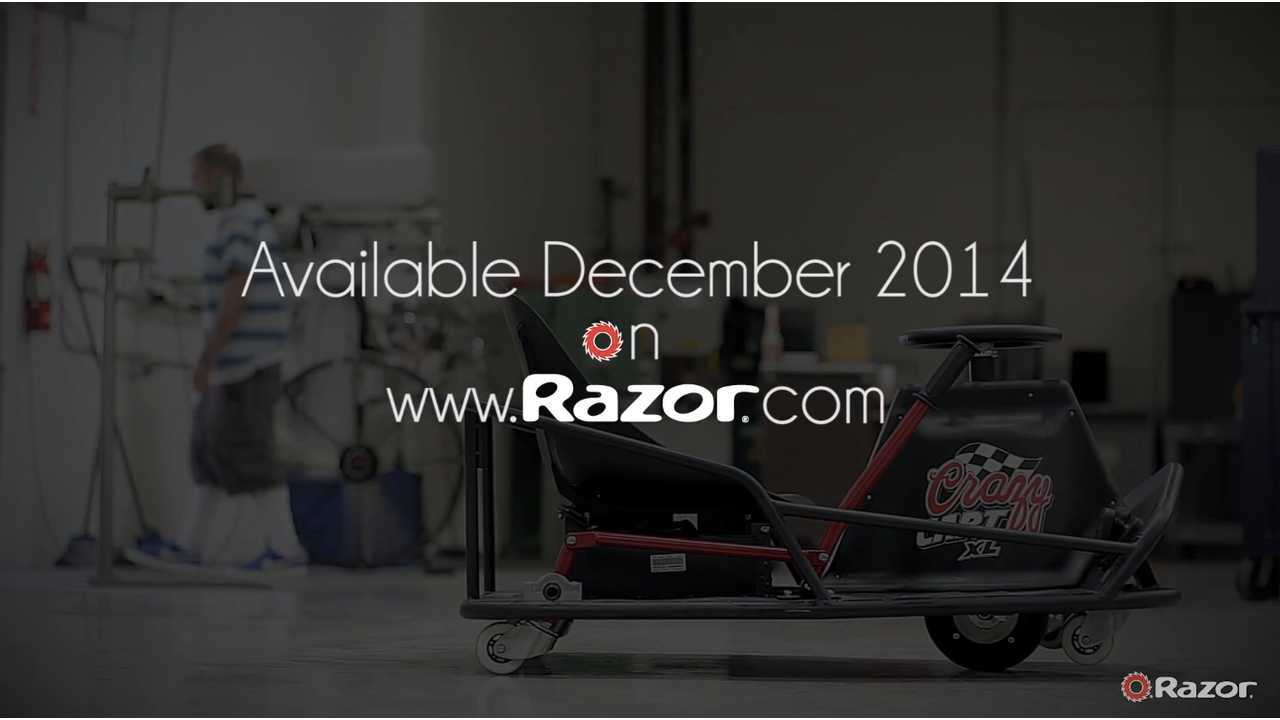 The Crazy Cart XL is a limited production (1600, through Toys-R-Us or the Razor site), adult-sized drifter cart thing from Razor.  And we want one.  Who gets paid to design this stuff?  Can we?

Take a look at the drive train.  A single, pivoting direct chain drive wheel with the motor mounted right inline.  This is asking for an upgrade, if you ask us.  Slap in a nice 2KW 36V scooter motor?  Game over.  Top speed, 60mph.  What could possibly go wrong?

It has a "drift bar" that simultaneously changes the trail angle of all the casters, which messes you up, steering-wise.  Which is the point. From Gizmodo:

"The drift bar lever has also been reinforced and improved, so it's easier for the rider to lift the vehicle and allow the caster wheels underneath to freely spin, which is what makes the Crazy Cart XL perform its wonderfully fun maneuvers. There's still a learning curve so you can master cornering without going into a wall, but it's guaranteed to be far more entertaining that driver's ed was."

Here's the video, showing the features and stuff, and showing the guy bombing around the Razor Home Planet, first the warehouse, then the offices, (presumably with all the crashes edited out which we want to see at some point), which also gives us a little peak into what it must be like working there.  Building fun electric powered toys.  And testing them.  For the children...  yeah, that's it, for the little children.

Thanks, (we think) to Gizmodo for the post on Facebook.  At least that's where we think we first saw it.  While we were working.  Yeah.  That's the ticket.