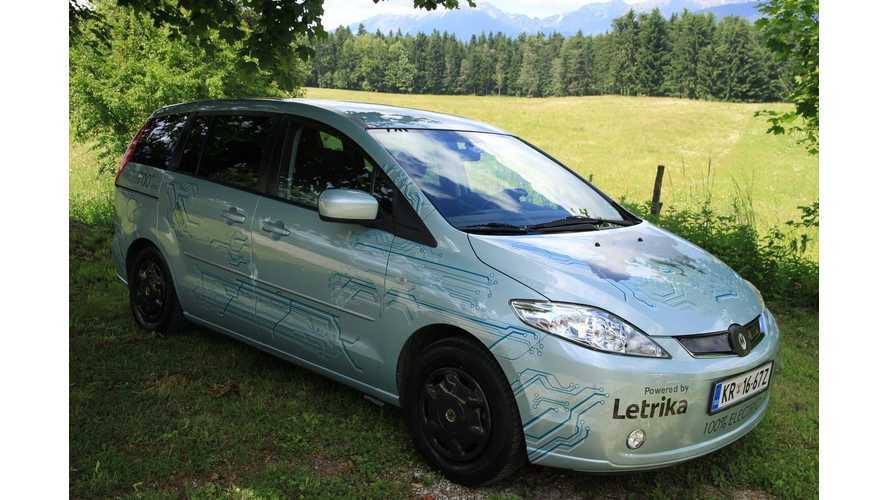 Andrej Pečjak from the Institute Metron in Slovenia, Europe on October 12th set a new distance record in a Mazda5 converted to electric drive and called Motorn 7.

Institute Metron is proud of the performance of the project and its long range:

"Metron 7 attended WAVE 2014 World advanced vehicles expedition where it wan the range competition. When the last Teslas stopped because there was no more energy left in batteries, Metron 7 could still do another 130 km!"