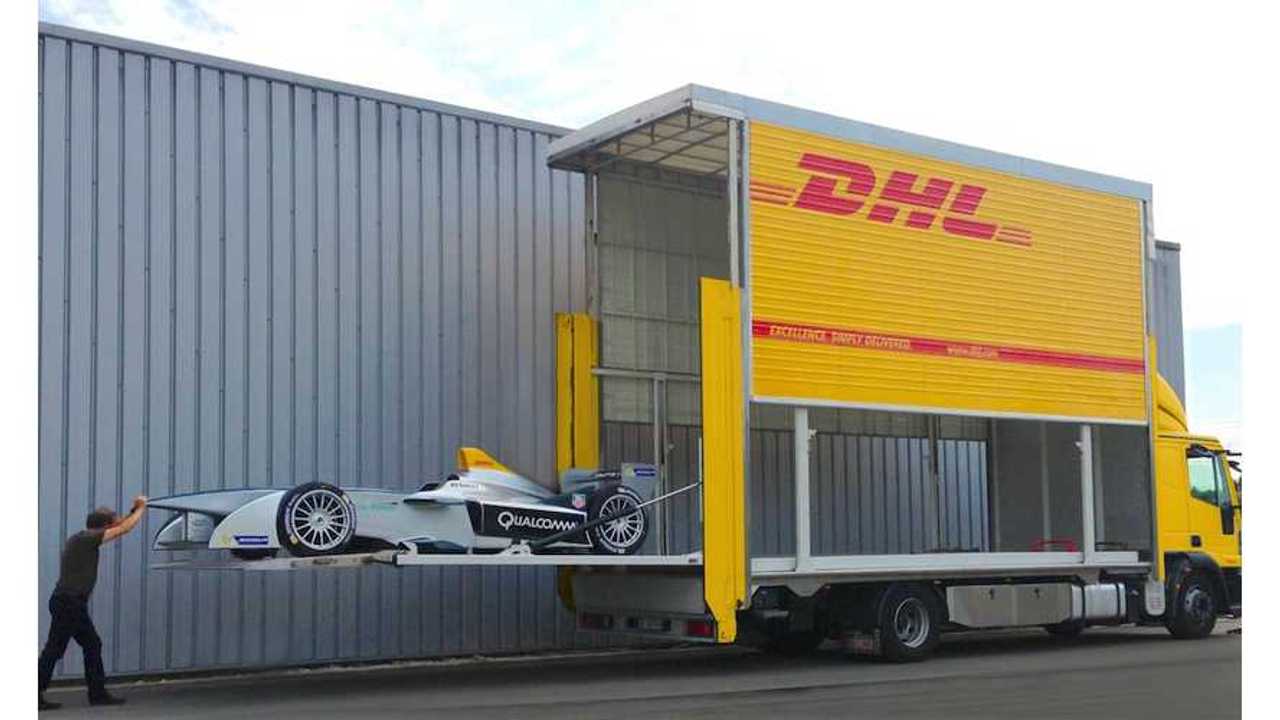 "DHL explains their logistics operation of the all-electric FIA Formula E Championship: how they transport the batteries and which types of transport they will use and why. Video by DHL."

"How on earth can a racing series be called ‘green’ if you are having events in four continents?"

That's the question Electric Autosport posed to Formula E and DHL when it was given a rare look behind the scenes of how logistics are handled for Formula E.

"All ten Formula E teams are located at the British Donington Park circuit. That is convenient in terms of transportation as everything can be shipped together instead of having teams in different parts of the world. Another benefit is that the workshops are close to East Midlands Airport where DHL has a 174,000 sqm cargo hub operational. From there, the cars and equipment could fly to destinations around the world. But that would not be very sustainable."

According to Alistair Gates, Director of the DHL's GoGreen program, flight is not green, so most of the Formula E transport will be handled as follows:

“We’re transporting everything to Beijing by road and rail and from Asia we will travel to the America’s by ocean. We will emit fewer emissions by using different types of transportation.  Also, a special way of dissembling the cars to fit into the containers more efficiently does reduce the amount of our carbon footprint.”

"DHL explained to be able to move all the cargo from one place to another in 48 hours, something that is being practised in Formula 1 today. The calendar challenge was tackled together with Formula E. But what about the lithium-ion batteries in the cars? “The lithium-ion batteries are considered as dangerous,” says Pierluigi Ferrari, DHL’s Motorsport Deputy Managing Director. DHL has helped with all the paperwork and made sure that the battery packaging are conforming international UN3480 regulations. “Like the KERS system in Formula 1, batteries are creating problems. For example it is forbidden to transport these by passenger aircraft and even in cargo you really have to help the company to prepare the transportation of ‘dangerous goods’. Together with Williams, the battery supplier, and Formula E we have managed to solve all our problems in order to ship everything around the world.”

For the full story on how DHL is tackling Formula E Transport, check out the source link below where you'll find a wealth of information on DHL's effort to keep Formula E as green as can be.