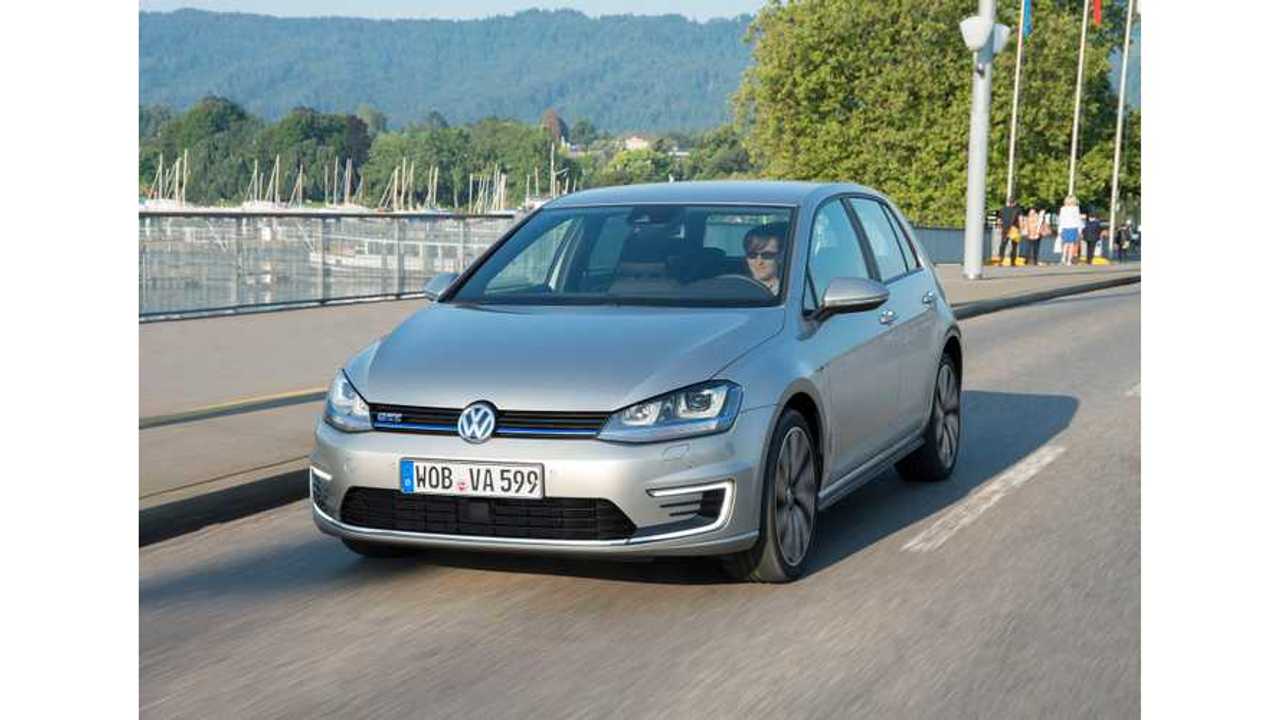 Volkswagen now has nearly every possible version of its Golf model available. Gas, diesel, natural gas, all electric, and now even a gas plug in hybrid version called the Golf GTE. The only noticeable differences in each version would be the unique badging, instrument clusters, minor alterations and, or course, source of propulsion.

Autocar UK gets a test drive of the GTE, which is the plug-In hybrid version and, as expected, this PHEV is easy to recommend to buyers.

It's just as if you were to get into a traditional ICE vehicle, says Autocar. Start up, buckle up, and drive off. However, you can tinker with 5 different available driving modes, in which case the gas engine will likely not be running upon start-up until it is needed or desired.

This ease of driving/operating is exactly what most VW customers demand. In regards to power, the electric motor is capable of providing most of the motivation required of typical driving.

Furthermore, Autocar's test showed that the Golf GTE moves from electric to gas with smooth transitions throughout, no jerkiness or shutters. The electric motor provides a welcome boast of power and the engine has a pleasing exhaust sound.

Autocar even goes so far as to say that the GTE may be the best Golf ever produced, despite it being a bit heaver than a traditional Golf and having a bit less cargo space in the rear.