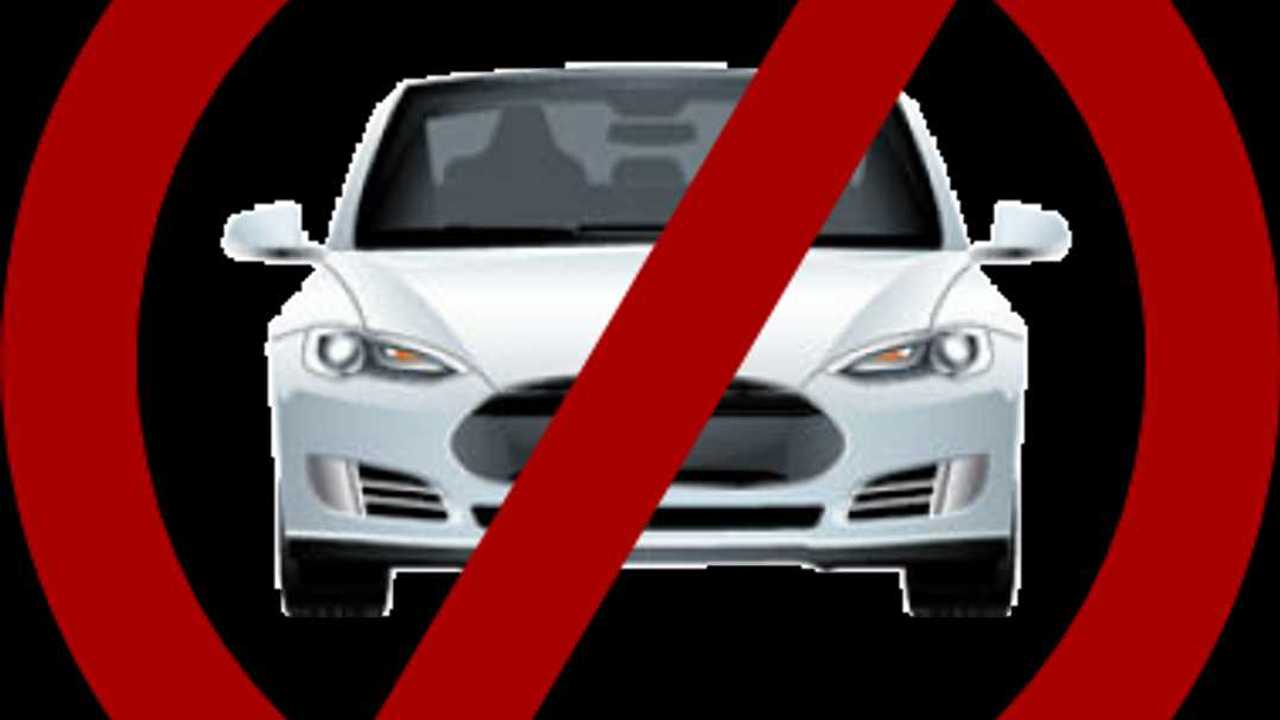 One apparent anti-Tesla group has sprung to life, with this one happening to be located in the electric vehicle capital of the world: Norway

Here's how you'd show your support for this anti-Tesla group (text via Google Translate):

We in Norway Anti-Tesla Association is totally dependent on help to get people to understand that the Tesla Model S is extremely harmful to the environment, and generally a very bad car.

Have not signed up in our connected , we recommend strongly that you do. But you can of course help without being a member.

Our most important tool is the discussion forums online. Here we can enlighten the uninitiated, not to mention argue against the infidel's claims. To make it easier for you to help, we've created some guidelines and examples of what one should write in comment fields on discussions regarding Tesla. The list below is under continuous updating. It is expected that all of our members regularly keep themselves updated to be well enough armed with arguments in discussions.

Write comments anonymously or with fake names. Preferably with multiple accounts so it looks like there are many who agree with you. If someone asks you to prove your claims, answers that they either have to prove that your claims are incorrect. In crisis situations where sources are essential, we have found a few sources that look credible. These all members received by e-mail. Do not be afraid to exaggerate how little green Tesla is!

Emissions during production of the Tesla Model S is many times higher than a normal car ever emit in its entire life. Batteries are extremely harmful to the environment, and full of deadly substances. Batteries last only a few years before they must be discarded in the trash. The batteries all the time guy, and can therefore put other non-electric vehicles and motorists at risk. While regular cars rolls and is at least 20 years, Tesla have a shelf life of 10 years before it is destroyed - the engine has no moving parts and therefore can not be repaired. Electricity is extremely dangerous for the environment to produce and deliver. Almost all power in the world is produced from extremely harmful coal power plants in the worst part of China. Only an insignificant portion is produced from renewable sources. It must still build a whole new network to carry power to the charging stations, unlike diesel / gasoline already on all petrol stations. Model S has large wheels, which means more rubber. Anyone who has seen tires burn knows how harmful it is to the environment.

Because of its highly aerodynamic design runs right through airborne dust and exhaust so that it comes to rest, instead of creating turbulence that helps to get it out of the way.

So, to be anti-Tesla, you'd basically have to lie.

We think this Norwegain anti-Tesla group is what you'd call extremist - in a pro-satirist kind of way.  If you haven't already laughed enough, then here's some more:

Is extremely slow to fill up the tank. While Tesla owners every day standing for hours waiting while the car charger, regular just fill the tank and drive off.

Has not been tested by NCAP and deform very little secure. Upon collision, the batteries will also catch fire, causing a deadly explosion and fire that can not be extinguished. No engine noise, a car with no engine noise is no car. Moreover, it is dangerous, because the blind can not hear it. Have ridiculously low top speed - any family car will under optimal conditions ready to pass it on the Autobahn in Germany. Tesla has only made cars for 7 years. Almost all other car manufacturers have around 100 years of experience and know so obviously needs. Is extremely heavy, and therefore suffer almost as much on the road as a huge trucks. Refills lanes. At the last count of the NATF was 9 of 10 cars in the collective field Tesla. Bulk in combination with acceleration makes the tires wear out quickly - who would have a car where you have to replace tires more often than a regular car? Is completely inept in winter conditions. This has even NAF confirmed - if the driver accidentally bump Controls -> Drive -> Traction Control -> Off, and by another error confirms this option, the driver could lose control in turns. The range is ridiculously short. Can only run for about 5 hours straight before they have to get out of the car and recharge. With regular cars do not have to stop on long trips to stretch your legs and eat some.

And this bit is directed specifically at Tesla owners:

Does not contribute to society / piggybacking on tax

Rich and superior Runs only in the collective field, because they do not want to be in the same field as the "underclass". Serves well over a million and behave accordingly. Staying mainly on Oslo's west side, but someone running around in Norway to show off. Unintelligent (because they think they have good car) Disbelief end (because they believe electricity is the future) Low vision (think the car looks good)

But it doesn't stop there.  In response to Tesla unveiling the AWD P85D, the anti-Tesla group held an "emergency meeting."  Here are the minutes frm the meeting:

As you are familiar with the sale of Tesla been miserable the last few months - not a single new record of sales statistics. This we take the NATF course part of the credit. The night relaunch is however a predominantly danger that this trend may reverse. Therefore it is extremely important that we have mobilized all our members immediately to prevent this.

Our most important weapon is of course discussion forums and comment sections of online newspapers. The majority of today's meeting was therefore devoted to updating the guidelines so that we can continue with full force to spread our message through comments online, especially with regard to these new features, Tesla presented the night. Below is a list of arguments that can be used as the basis of discussion and arguments that can be used toward the new features / issues, both in environmental terms and general resistance to the Model S as a car.

Two engines means even hundreds of thousands of parasitism on time fees. The car is in any case too heavy to be used on winter roads, 4WD will not help. Two motors means twice as much emissions in production. Now the front wheels struggle tremendously on our roads, in addition to the rear wheels. Two engines means that the battery runs twice as fast, in other words it will not be possible to drive to the store and back again. Autopilot can be useful, because Tesla owners are incompetent drivers. Autopilot creates congestion and irritation because the car now hold the speed limit slavishly. Congestion is bad for the environment.

We encourage our readers to not support this bogus anti-Tesla group and/or enjoy it for the parody it is.  Just thought we'd share for some humor and to provide you with a sense of how far some are willing to go in support of their beliefs.