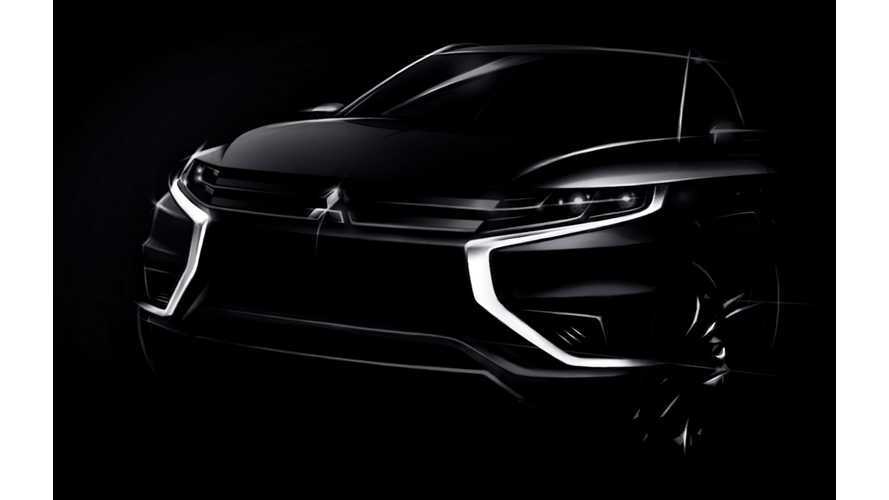 Summer comes to an end and it's time to prepare for a new sets of motor shows and new plug-in models to debut.

Mitsubishi already announced that at the upcoming 2014 Paris Motor Show, it will present the Outlander PHEV Concept-S.

There are only two teasers available for now.  However, the new front shows enough to indicate that this should be a much more attractive SUV than the Outlander PHEV, which debuted at Paris Motor Show in 2012.

"The Outlander PHEV Concept-S takes "Sporty and Sophisticated" as the theme for its design. This refined design expresses the unique combination of spirited 4x4 performance from its twin-motor PHEV system, soothing silent running, and superior on-road performance."