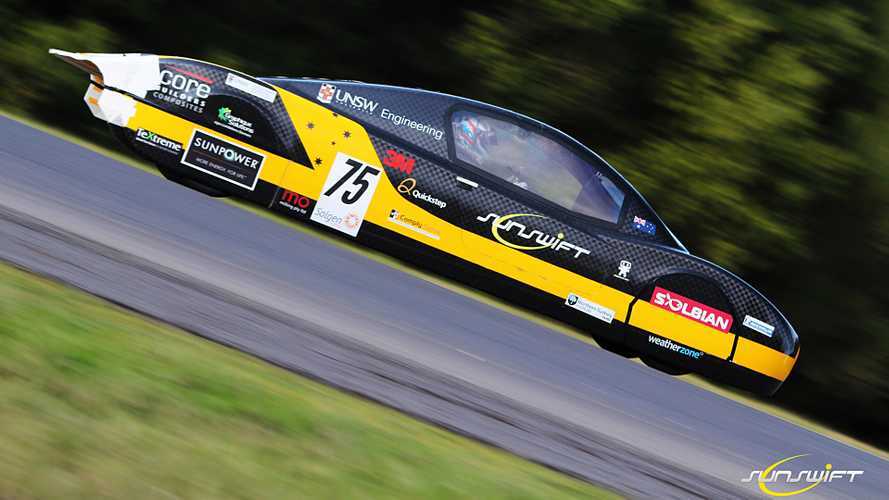 The record of 106.966 km/h (almost 66.5 mph) was confirmed by the Fédération Internationale de l'Automobile (FIA).

This result is well above the previous 73 km/h set 26 years ago.

“It's not often you can confidently say you made history before you even graduated.”

“If there is one thing we've learned, it's that you're never too young to make an impact.”

More than 100 undergraduate students contributed to Sunswift’s project ove3r two years. The eVe electric car is the fifth build since 1996 by the UNSW team.

UNSW Engineering Dean Professor Graham Davies congratulated the students for what he called “another exceptional feat”:

“For a student project to achieve a new world record for electric vehicle speed and endurance is truly remarkable."

“It goes to show what exceptional students we have here at UNSW.”

The next project will be to modifying the eVe to meet Australian road registration requirements.

According to the specifications, eVe is able to achieve even greater results: