Harley-Davidson LiveWire Review: The Jury Is In 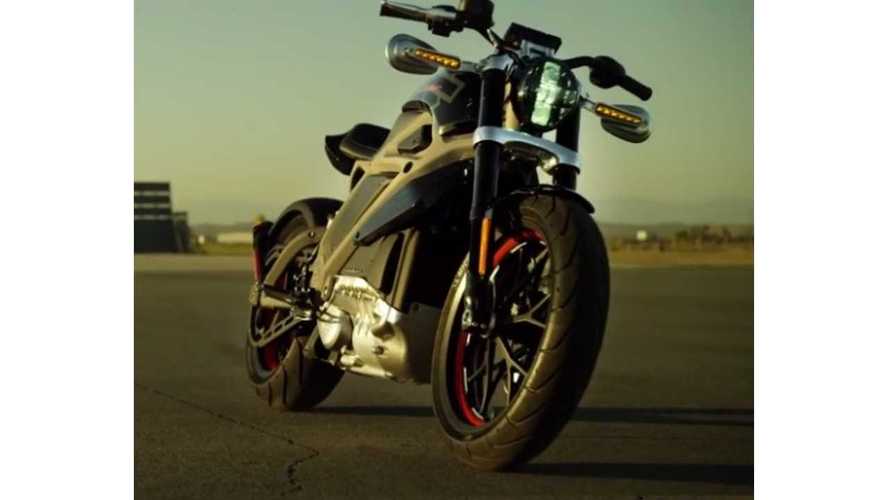 With another three months to go for the Harley Davidson LiveWire tour, (shown as red flags above) the fresh buzz is wearing off and much of the fiction is falling away from the fact.  Here's a look at what we saw when the LiveWire tour stopped in Boston.

Much was made by Harley Davidson marketing about the "engineered sound" of the LiveWire, and, granted, to someone not familiar to electric motorcycles it's a unique sensation.

“The sound is a distinct part of the thrill,” said Mark-Hans Richer, H-D Senior Vice President and Chief Marketing Officer. “Think fighter jet on an aircraft carrier. Project LiveWire’s unique sound was designed to differentiate it from internal combustion and other electric motorcycles on the market.”

Compared, however, to other similar machines like the Zero SR and the Energica Ego, the sound of the AC drivetrain with reduction gearing is no more unique than any similar electric drivetrain.  It can even be described as "timid" compared to the 150mph capable Italian Energica.  Harley has trademarked (literally) the characteristic sound of their V-twin, 1950s design gas motor, and clearly they're trying to do the same with this bike, but beyond simply deciding to use an AC motor with reduction gearing, straight-ground or otherwise, there's no "engineered sound" here.

Looking past the style of the bike, which, like everything in motorcycling, largely depends on personal taste, the design of the bike features one unique concept - a longitudinal-mount motor.  The marketing spin has been that Harley Davidson is all about featuring the motor, and this is no exception.  It's a great solution to getting a huge amount of the mass of the drivetrain mounted low in the frame, keeping the bike's handling solid and predictable.

Beyond that, the bike is decidedly lacking details.  There's no on-board charging, something that would take up to a cubic foot and 40-plus pounds.  There's no ABS braking, a feature many consider to be required fare on any sport-oriented bike.  It also doesn't have range.  In a market where the two players - Brammo, with the Empulse, and Zero, with the SR - are offering bikes with 100 mile range, a 50 mile range seems simply unrealistic.  Doubling the battery size on such a compact frame is going to profoundly change the design of the bike.  And the mirrors are useless to the point of being a hazard.

This photo shows the finish of the frame and casings very clearly.  Clicking on it will give a full-resolution view. The front section of the motor enclosure has an almost perfect finish.  It should - it's a plastic molding, as is the rear cover.  Taking a close look at the center aluminum section and the brake lever reveals pronounced machining marks.  Moving up in the photo allows us to take a close look at the frame finish - sand-cast aluminum with a very rough texture.  Though overall the bike gives the impression of a very well-produced prototype, it's far from a production-quality product of the standards of a major motorcycle manufacturer like Harley Davidson.

With a low center-of-gravity, an aggressive sport-bike posture, state-of-the-art suspension and tires, and a relatively light curb weight, we'd expect the bike to feel tight and track well, and were not disappointed.  Lock-to-lock figure eights in the parking lot were no problem, and the snappy performance (0-60 in around 4 sec, top speed of 90+mph) felt exactly like what was expected - a whole lot of fun.  Considering the Zero SR's 0-60 time of around 3 sec, though, it's hardly remarkable and certainly not pushing envelopes.

Speculation about the future of this bike, and the future plans of Harley Davidson in the EV market have even found their way to investment strategists like The Motley Fool.  If Harley comes to the market with this bike, as it sits before us, it's a non-starter.  It's a bike that would have been a viable entry five years ago, not today, and certainly not in a few years if (and it's an enormous "if") they decide to produce it. There's one undeniable conclusion, however. Harley Davidson, since we first started hearing about this in early June, seeing spy photos on movie sets, and the subsequent LiveWire Tour, has brought more attention to electric motorcycles, and put more butts in seats in one summer than any other manufacturer has accomplished, ever. And that's a good thing.

Editor's Note:  Just wanted to take a moment to welcome Ted Dillard to the InsideEVs family.  Up until now, we had been attempting to cover the bike scene via committee as best we could - thankfully Ted is an expert when it comes to anything electric on two wheels, and he will be leading that charge (my bad) from here on out.   Ted is also the author  of ...from Fossils to Flux , a basic guide to building an electric motorcycle.