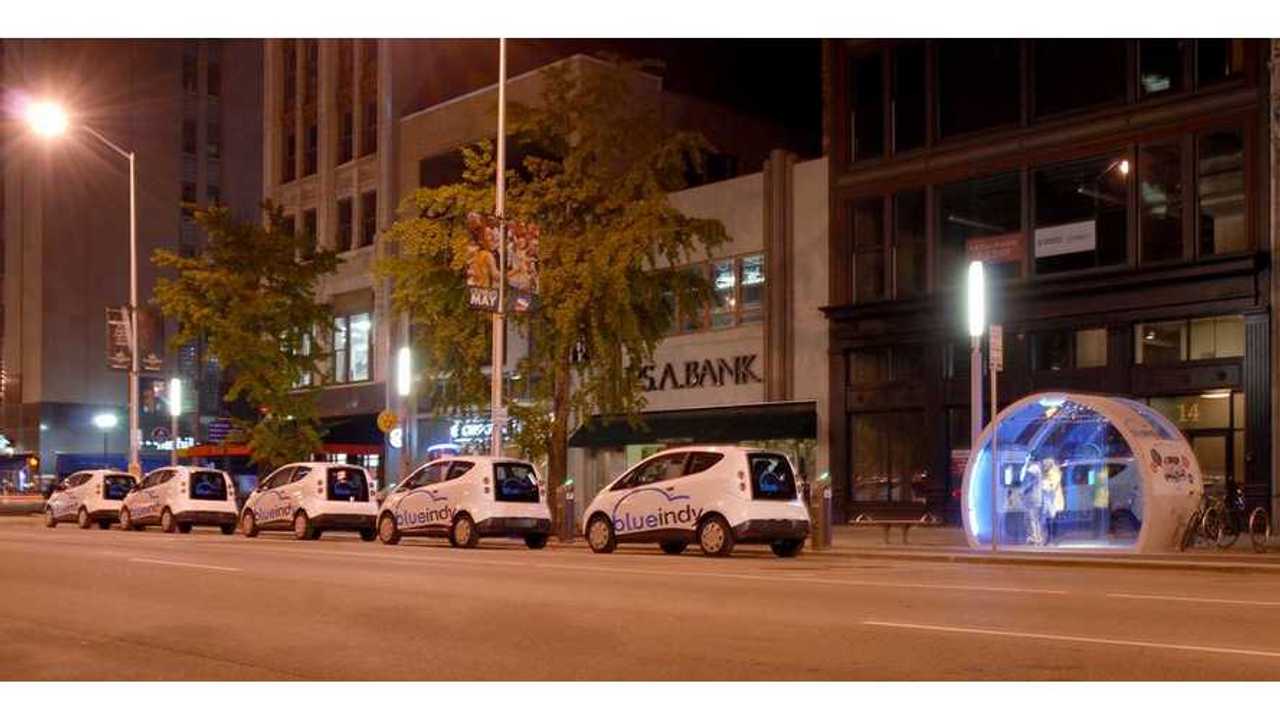 Indianapolis Power & Light Co. announced earlier this year that the total cost of charging infrastructure in Indianapolis for Bolloré's car sharing project BlueIndy will bemore than $16 million, and if project doesn't work out, then electric rates could increase (from 2018) by 44 cents a month to a typical residential customer’s bill (for 1,000 kilowatt hours).

As it turns out, the Indiana Office of Utility Consumer Counselor reached a settlement, which will limit the potential hike to 28 cents.

"The Indiana Office of Utility Consumer Counselor (OUCC), Indianapolis Power & Light Co. (IPL), and the City of Indianapolis have reached a settlement agreement that will allow the city’s proposed electric vehicle program to move forward while implementing a number of enhanced consumer protections. Also, the agreement will allow for the creation of a new street lighting initiative that will promote energy efficiency and improve public safety for years to come."

Still, not all are happy that the risk is passed on to consumers of electricity in the city:

"Kerwin Olson, executive director of the Citizens Action Coalition, said his group continues to oppose allowing IPL to bill its customers for a service that will be used by a relative few.

“This settlement does not change the fact that the captive ratepayers of IPL are being forced to subsidize a French multibillion-dollar corporation for a project that has nothing to do with providing electric service,” Olson said."

Here some other points in the settlement agreement:

"In the agreement, IPL and the city also agree to additional concessions regarding the BlueIndy project:

• Any profit share the city is entitled to will go to IPL for rate mitigation, until 125 percent of all costs incurred by ratepayers have been recovered. After that, the city and IPL will equally share in the program’s profits, with IPL continuing to use all proceeds for rate mitigation.

•The city commits to make all reasonable efforts to seek grant funding to help mitigate electric rates, along with efforts to secure other project funding especially from corporate citizens.

• IPL will provide the OUCC and IURC with annual reports including any profit share it receives, the vehicle sharing program’s impact on IPL’s distribution system and the regional power grid, and data on consumer behavior and use of the vehicles.

•IPL customers who sign up for an annual membership for the service within the first six months would receive the first two months free (a value of about $26 per customer).

The agreement would also create a new initiative to improve street lighting in IPL’s service territory to enhance energy efficiency and public safety, and provide other public benefits.

•IPL will collaborate with the board established to oversee its energy efficiency programs to develop an Energy Efficient Street Lighting Program for IURC approval. The program will provide up to $1.5 million for the benefit of interested communities and neighborhoods throughout IPL’s service territory.

•IPL will not seek shareholder incentives or recovery of lost revenues from the energy efficient lights until new base rates are approved in a future case.

In addition, the agreement provides for exploring the feasibility of implementing several other energy efficiency initiatives for the benefit of IPL customers."