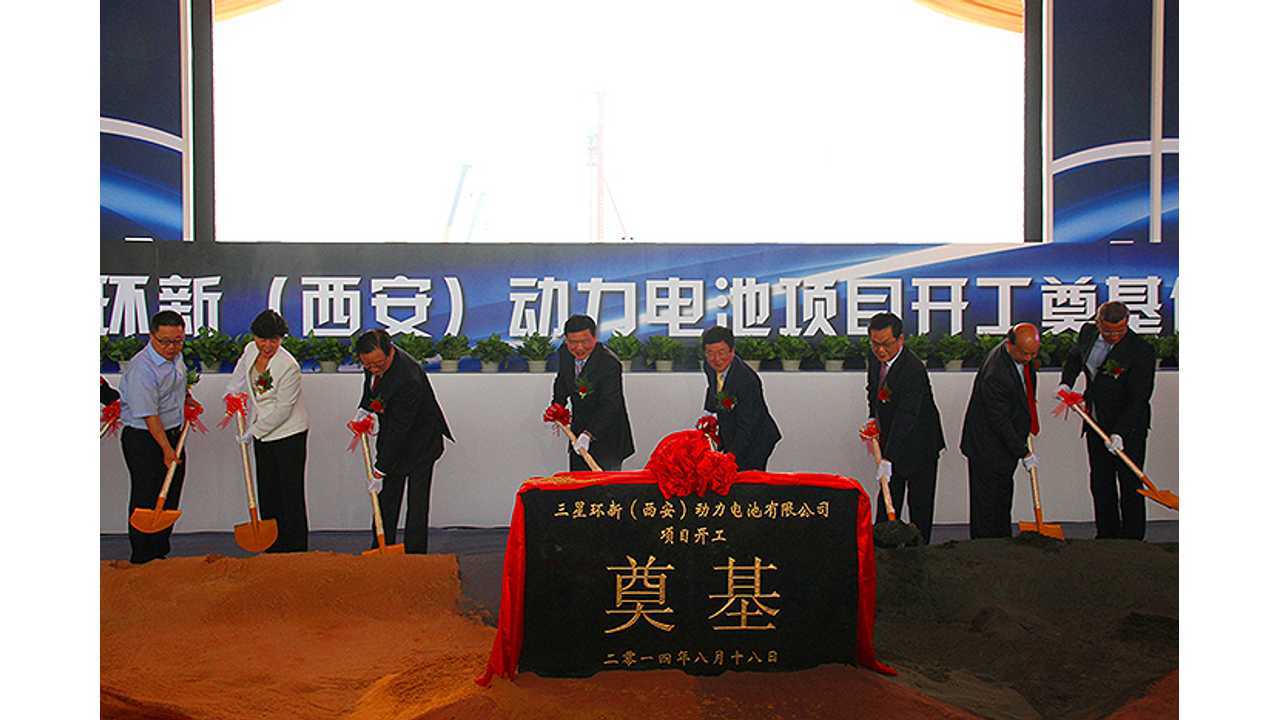 Samsung SDI together with Anqing Ring New Group (hereinafter "ARN"), held a groundbreaking ceremony at Xi'an in Shanxi Province, China for a new battery plant, which will be operated by Samsung-ARN (Xi'an) Battery Group Co., Ltd.

Both companies own 50% share in the Samsung-ARN joint venture.

The new plant will start running in October 2015 with capacity to supply batteries for more than 40,000 electric cars annually.

"Xi'an Plant is expected to be built and fully run from October next year. This factory will be large enough to run the entire process for producing automotive battery cells for the first time among global battery companies in China, enabling battery supply for over 40,000 EVs annually. Also, steady investment will be made up to $600 million by 2020, aiming to achieve over $1 billion in sales."

According to press release Samsung-ARN already has a lot of pre-orders from global/local OEMs as well as from other joint venture in Energy Storage System segment, which will be established by Samsung SDI and Sungrow of China (a PV inverters manufacturer).

"Samsung-ARN will supply batteries to global/local automotive OEMs in China after beginning its mass production in October 2015. It will also supply batteries to an ESS (Energy Storage System) joint venture expected to be established in the second half of next year. In fact, Samsung-ARN has already obtained enough pre-orders to run a production line at full capacity in 2016."

"Combining know-how and knowledge of Samsung SDI and Anqing Ring New Group, then creating synergy between both companies, I am certain that Xi'an Plant will become the top automotive battery factory not only in China also in the world. I hope Xi'an City to become the Silk Road for new renewable energy and bring a beautiful future with energy technology."