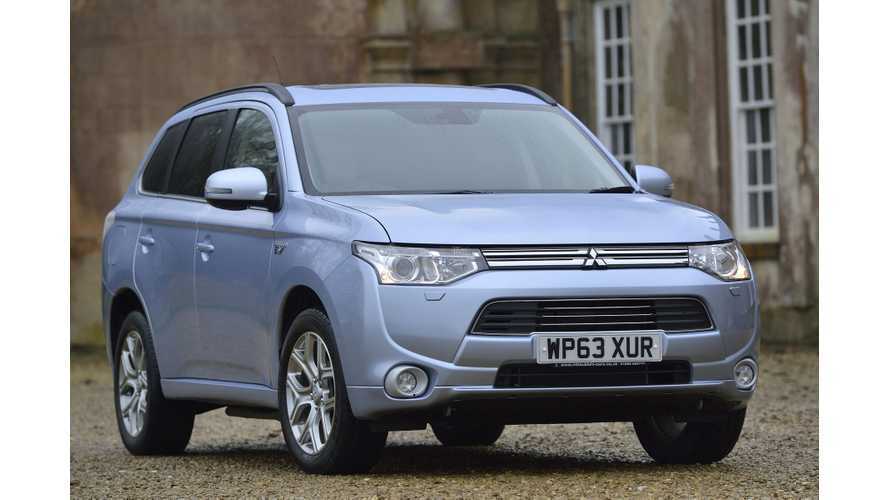 Mitsubishi Motors UK is proud to announce that the Outlander PHEV was selected to win BusinessCar magazine's "Green Award" at this year's Techie Awards.

We are delighted that the Mitsubishi Outlander PHEV has won the ‘Green Award’ at the BusinessCar Techie's. The Outlander PHEV is an exciting new vehicle, at the forefront of a new era in fleet and company car use.”

Of the Techie Awards, Mitsubishi states:

"The BusinessCar Techie’s are the industry’s only technology-specific awards which celebrate clever use of technology that makes company car and fleet operation easier, cheaper, cleaner, safer and more straightforward. Now in the sixth year, the Techies are judged by BusinessCar’s expert and experienced editorial panel, covering all the major sectors of the corporate marketplace."

“The Outlander PHEV is, as Mitsubishi claims, genuinely a game-changer in terms of opening up ultra-low emission vehicles to a wider audience, thanks to the car’s practicality and post-grant pricing against an equivalent diesel. Plug-in technology is going to form part of fleet mobility in the near future, and Mitsubishi is showing that, with the right deployment, it can make great financial sense as well as helping enforce a firm’s green credentials.”

Mitsubishi recaps the Outlander PHEV's cost in the UK as follows:

The combination of the Outlander’s powerful electric motors and petrol engine give it a smooth, quiet, refined ride with an official fuel consumption figure of 148mpg1. It only emits 44g/km CO2 which means for company car drivers a BIK rate of 5% and Vehicle Excise Duty (VED) of £0. Most significantly, Mitsubishi is not charging for the PHEV technology, with prices ranging from £28,2492 to £34,999.

Attracting 5% benefit-in-kind tax (BIK) means that a 40% tax paying company car driver will hand over just £665 in the current tax year, significantly less than a conventionally powered car. The Mitsubishi Outlander PHEV is not just great news for employees - employers can also write down 100% of the vehicle’s value in the first 12 months, saving thousands of pounds.