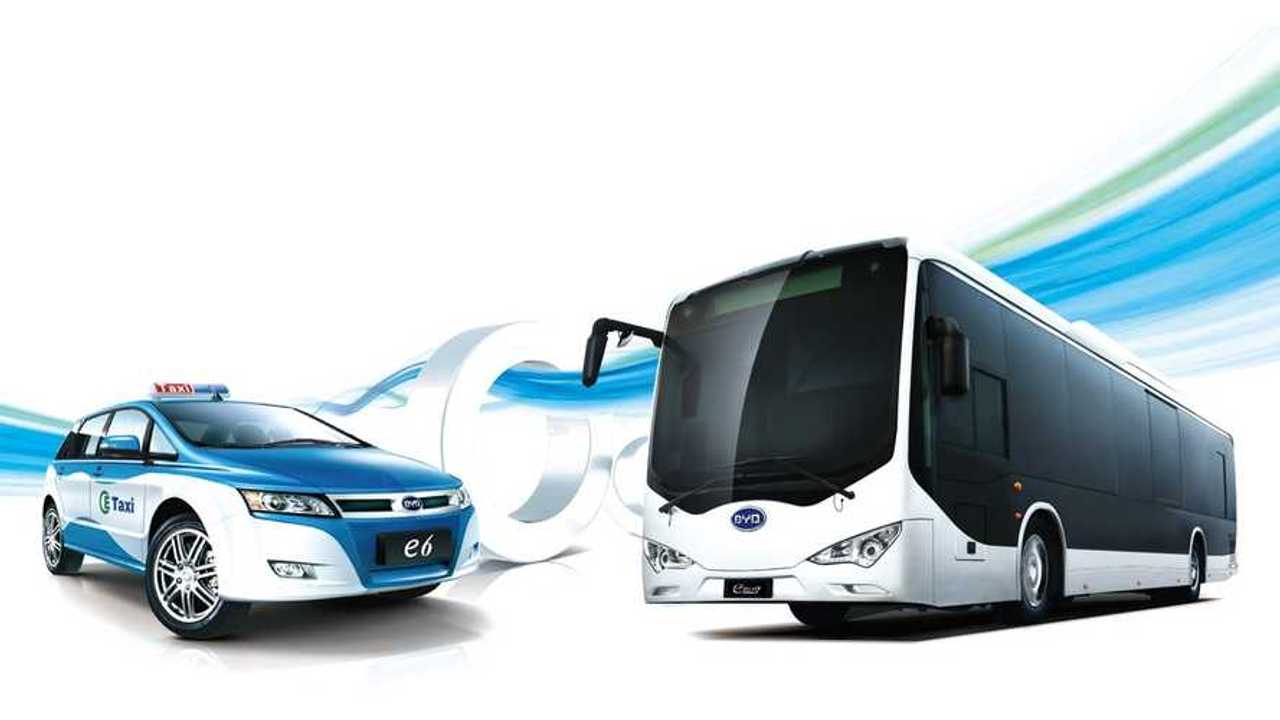 The first half is on BYD products. The Chinese company already has sold more than 1,300 EV buses and has orders for another 4,000. But the plans for the future are bold - in 2020 BYD expects to produce more electric buses annually (maybe 40,000) than Nissan produced LEAFs in 2014.

"Micheal Austin, Vice President at BYD America – BYD Motors is the largest electric-bus manufacturer in the world with over 1300 battery electric buses completed that run entirely off battery power lasting up to 24 hours on a single 2-4 hour charge.