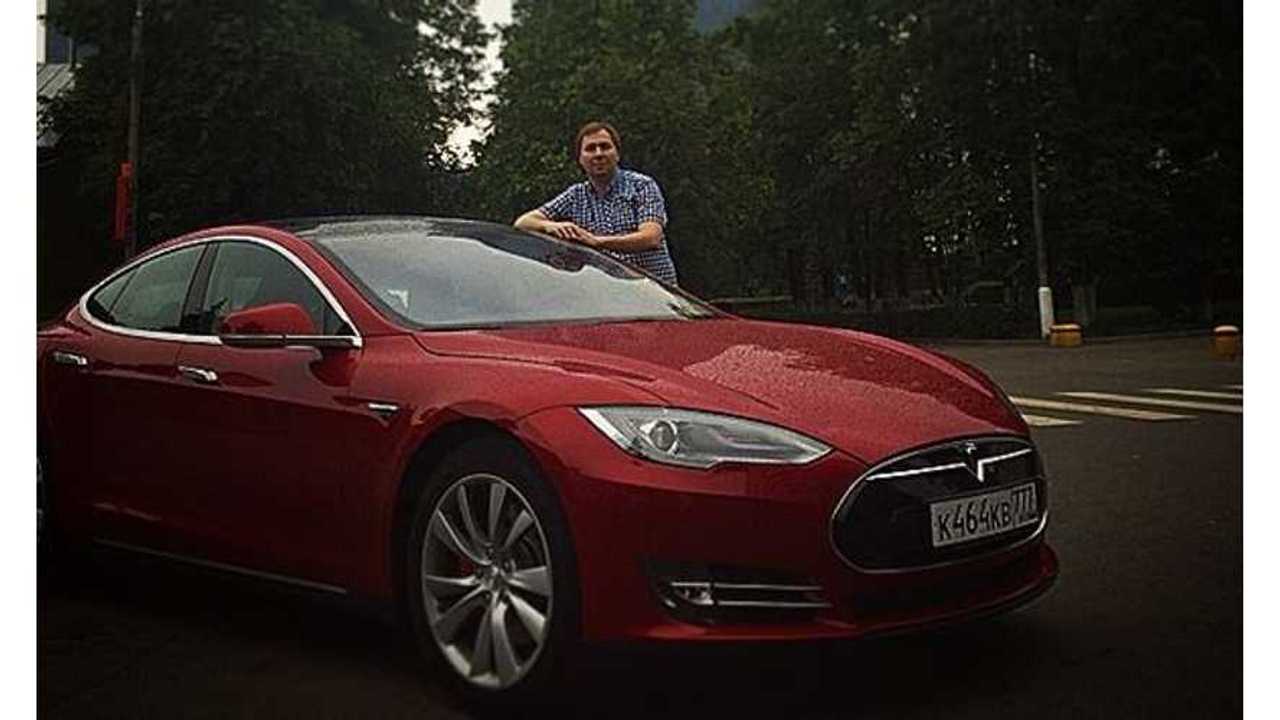 Dmitry Grishin, owner of one of the biggest news portals in all of Russia, is likely the first person to acquire a Tesla Model S in Russia.

Currently, Tesla does not sell the Model S in Russia, but it seems as though a lot of Russians wish Tesla would offer the electric sedan for sale there.

“There are a lot of technology enthusiasts here. I see many people… you know, I have a huge amount of people in Moscow who just try to come to me to ask to drive the car. Many friends, technology entrepreneurs.”

For Grishin, it took over 5 months just to get a Model S.

How did he do it? It all started in Amsterdam where he took delivery. After he had taken the delivery, the Model S was driven to the Netherlands. From there, the venture headed to Germany, then to the Russian border. All of which took 3 weeks…then he had to deal with customs.

"First, what I did, I created a small team of people who helped me to bring the Tesla to Moscow, because we have logistics, legal stuff, how we cross the Russian border, and all this stuff."

"It was very funny stuff, because pretty much they don’t have this car in their databases."

"If you see some policeman who see the car driving, they spend a lot of time looking at it. It’s a very fun exercise for them to see how this works: ‘Is it really true? They’re driving without gasoline?’"

"I put Tesla Model S in Russian databases. Next time people will bring it to Russia, it will be a little easier."

Surprisingly, Russia has a few EV perks. EVs park is most major cities for free and the Nissan LEAF is available there.

Grishin installed 3 chargers in his company's parking lot. He currently does not have one at his home.

As of this moment, there is no Tesla service of any kind in Russia.

Grishin states that he can put the Model S on a ferry to Stockholm, using trains and boats most of the way there, on one charge if it needs any servicing.

It's clear that Mr. Grishin is eager for EV adoption to increase in Russia.

"Some are saying that maybe Tesla is buying me off, working on commission because I make so much noise about Tesla in Russia. I say no, I just really want to help. I hope somehow it will help bring Tesla to Russia."

We are looking forward to hearing further information from Dmitry Grishin. It will be very interesting to learn how he manages with his Model S, especially since there's no servicing of the Model S in all of  Russia.