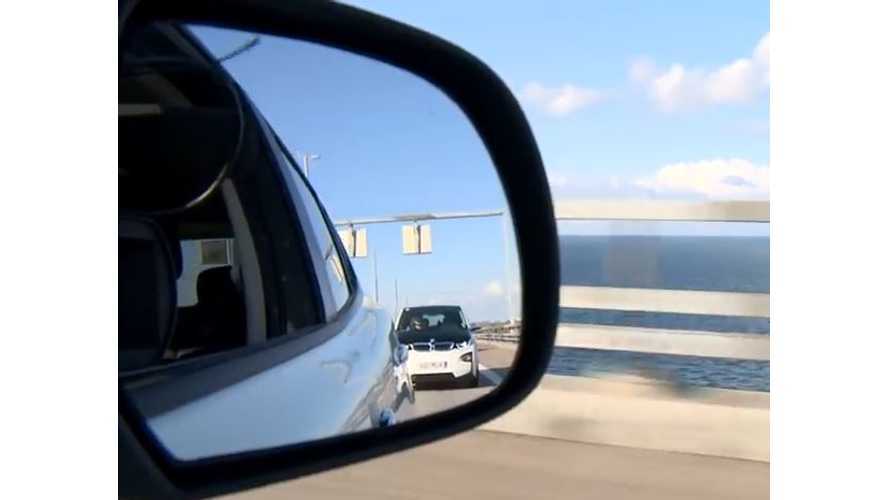 A new record has been set by electric car owners in Europe:

"Largest Parade of Electric Cars" - on a Bridge.

The largest EV parade ever (507) was in Cupertino, California during National drive Electric Week, but this parade in Europe is unique in that it crossed a bridge and the total cars counted are only those on the bridge at the same time.