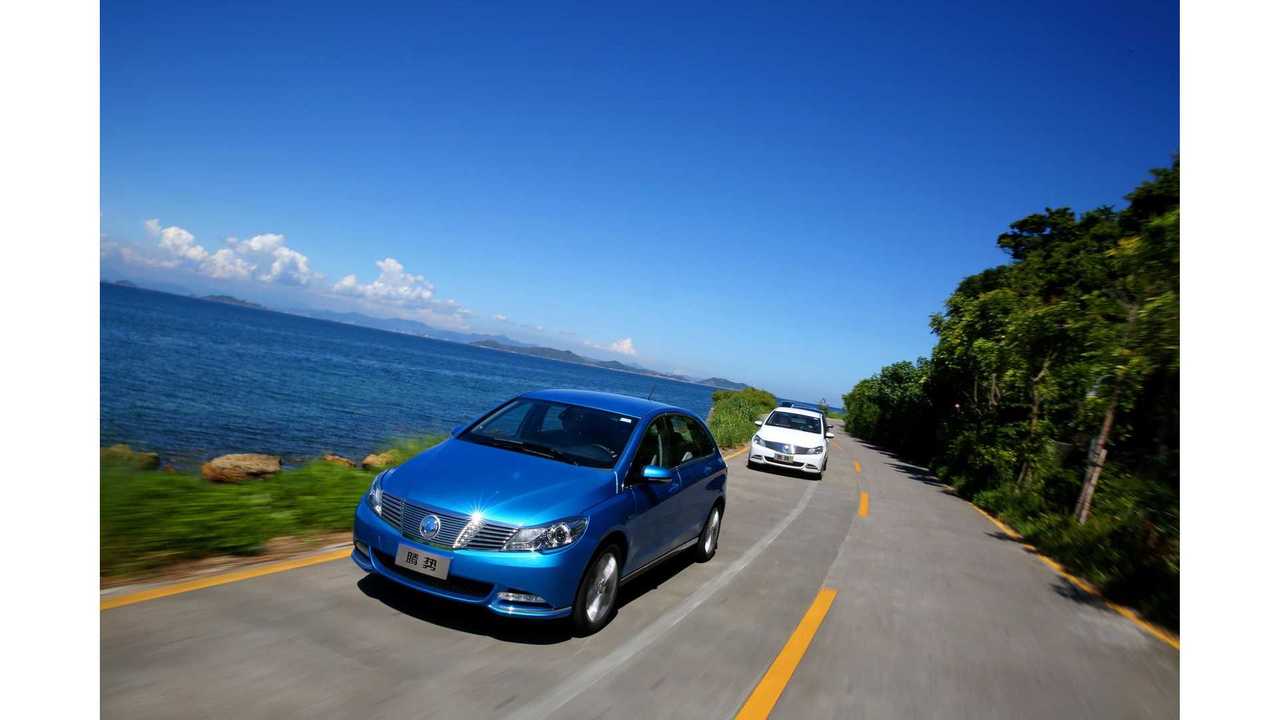 Denza begins its adventure on the EV market in China this month.

Production in Pingshan, Shenzhen already started. The production line at Shenzhen BYD Daimler New Technology Co. has annual capacity of 40,000 units, which is a lot and rather will not be fully utilized for now (the best selling plug-in model to date in China - the BYD Qin - found more than 5,000 customers in the first 6 months of 2014).

Thanks to local production with BYD, Daimler will be able to get significant market share in China, evading 25% import taxes.

Check out our first impressions on the Denza EV from 2014 Auto China (Beijing Motor Show) here.

Denza is coming on the market at the right time when a whole set of new incentives are being launched.

"Apart from lower taxes, Daimler’s ambitions in the Chinese EV/HEV market are boosted by government incentives. As the country looks to persuade consumers to purchase environmentally-friendly electric vehicles, government subsidies could lower the 369,000 yuan (around $60,000) starting price for a Denza by around 110,000 yuan, almost 30%. In addition, starting next month, China will also exempt new energy vehicles, including plug-in electric and hybrid-electric and fuel-cell vehicles, from a purchase tax. This will further lower prices for Denza and make the high-priced electric vehicles more affordable for customers."

Hubertus Troska, member of the Board of Management of Daimler AG responsible for China stated:

“DENZA is the first car that Daimler has engineered from the bottom up outside of Germany, and it clearly lives up to its promise to be the safest, most reliable and convenient electric vehicle from and for China. Our joint investment of more than 300 million Euros proves that DENZA is both by far the most serious local electric vehicle effort in China, unmatched by any other European competitor, and a key pillar of our electric vehicle strategy in the country.”

“It is certainly the right time and place for our DENZA as China undoubtedly has the potential to become the most important electric vehicle market in the future. We have invested in a state-of-the-art production line and base our production mainly on renowned Daimler processes. Throughout the entire production process we focus on quality to assure that our customers are getting the best Chinese electric vehicle.”