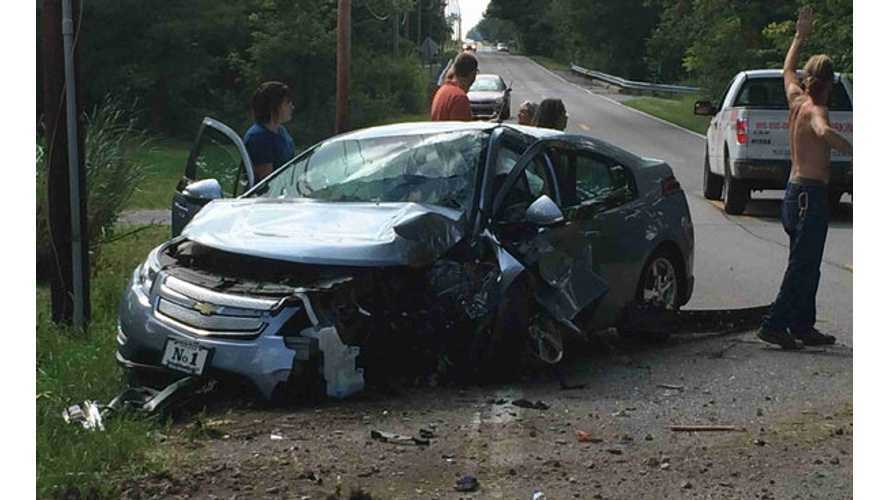 Despite repeated attempts to ascertain updated information on the status of the driver involved in this wreck, we've been unable to confirm his condition.

As reported in late August by Indiana News Center:

"A crash on Bass Road west of Scott late Thursday afternoon closed a part of the road."

"One person had to be cut out of a vehicle that had crashed and was transported by ambulance to a local hospital."

"What caused the crash was not immediately clear."

The vehicle involved was a Chevy Volt.  We do believe that the driver survived the incident, though we can't officially confirm this.

"A driver is seriously injured after hitting a telephone pole on Thursday."

"The accident happened around 4:12 p.m. on Bass Road near the intersection of Scott Road and appears to have involved only one car."

"An officer on the scene said the car hit a telephone pole. Crews got the driver, an older man, out of the car and into an ambulance around 4:30 p.m."

"Witnesses told police that they saw him driving west on Bass when he suddenly veered left, through the eastbound lane and into a telephone pole."

"Emergency crews closed a portion of Bass Road just west of Scott Road as they worked on the scene of the crash. It was back open by 5:30 p.m."

Of particular interest to us are these two confirmed key points: