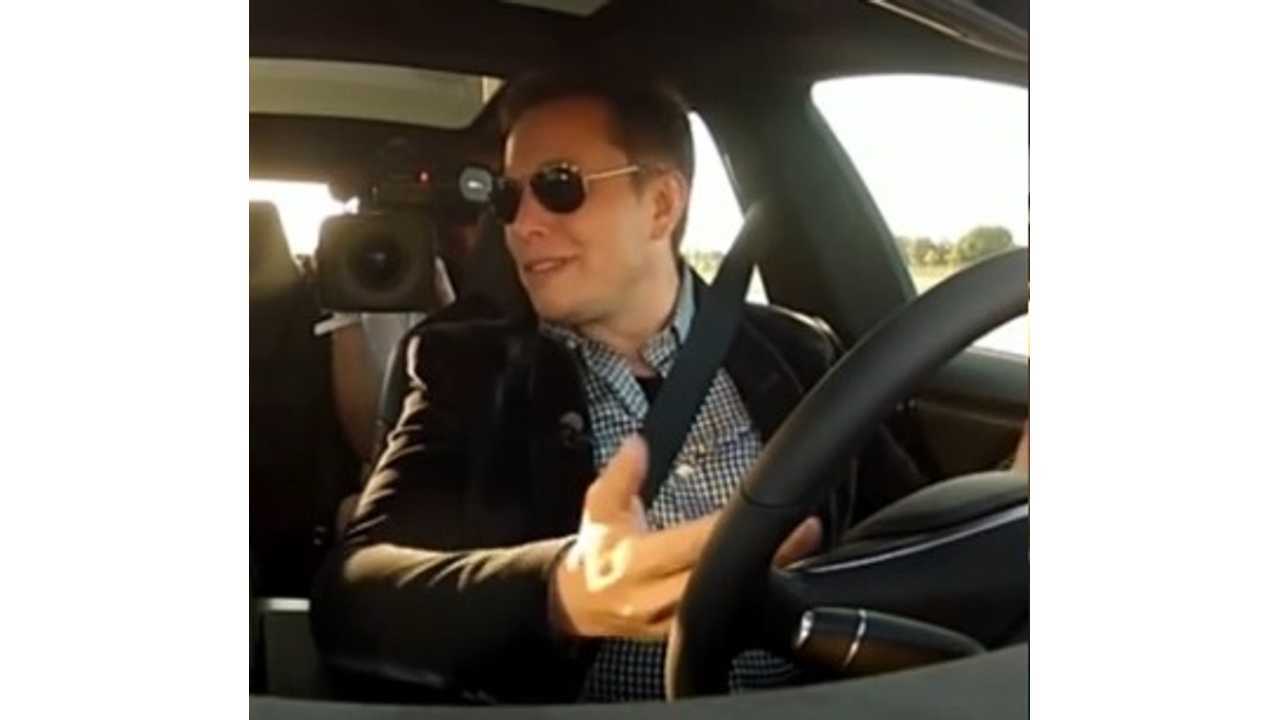 Oct 10, 2014 at 1:50pm ET
++
By: Jay Cole
Take a spin in the new Model S P85D with Tesla CEO as he shows off both the impressive acceleration and auto pilot features of the car.

Elon Musk Takes His Latest Creation Down The Strip

As always this ride is brought to you Elon's favorite personality Bloomberg's Betty Liu.  (Who doesn't remember when Betty convinced the Tesla boss to make an impromptu visit to an Acura dealership in Santa Monica?)

Just as a quick recap on the car :

All the specs, range, and debut info from Tesla's launch event (no pun intended) in Hawthorne, CA can be found here)

Separately, Mr. Musk talked to Liu about the legal implications behind something like the auto pilot feature.