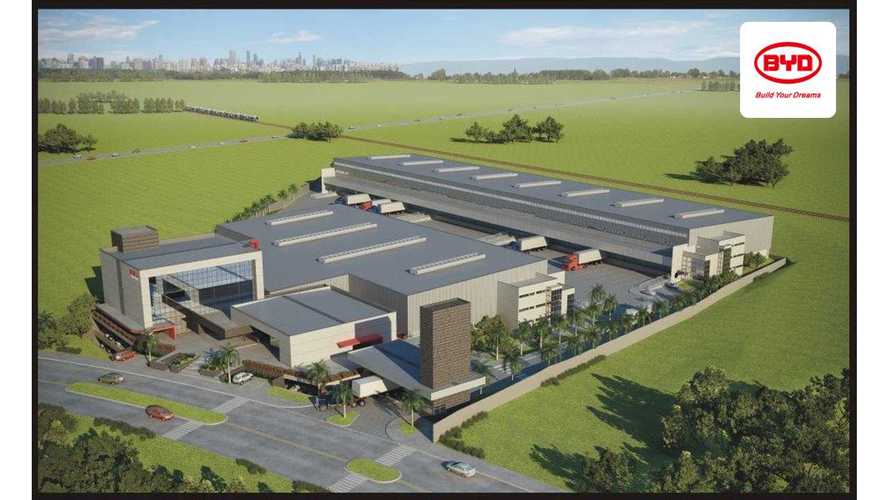 BYD selected the city of Campinas (in the São Paulo region of Brazil) for its latest factory in which roughly 450 new local jobs should be created.

The Chinese company will open its first South American manufacturing facility in 2015 and announced that both "world’s only long range pure electric transit bus" and " first fire safe and recyclable Iron-Phosphate battery packs" will be assembled on site.

Maximum production capacity in the first year will amount to 1,000 electric buses! This is about three a day on average.

“In the first year of operation (starting in 2015), the plant will have a maximum production capacity of 1,000 electric buses as well as all of their batteries. This is the first stage of manufacturing expansion.”

As this is just the first stage, in addition to the 32,000 m2 and 20,000 m2 manufacturing facilities on campus, BYD would like to open a Research & Development center for their Photovoltaic, Smart-Grid and LED Lighting businesses.

"BYD chose Campinas because of this city’s spirit of innovation and their goal of building a cleaner society. Along with the buses and batteries, our dream is to build solar panels and energy storage systems here to help the region achieve their zero emissions goals.”

The Mayor of Campinas, Jonas Donizette pointed out:

"BYD fits very well in our City’s quest to attract investments, it is a company that produces goods and technologies related to the use of renewable energies, and also operates in key segments for the future of cities with sustainable urban mobility plans.”

“In February of this year, we visited BYD in China and observed cutting edge technology and the quality of their products. The arrival of BYD in the State strengthens the role of St. Paul to always be at the forefront of new technologies.”