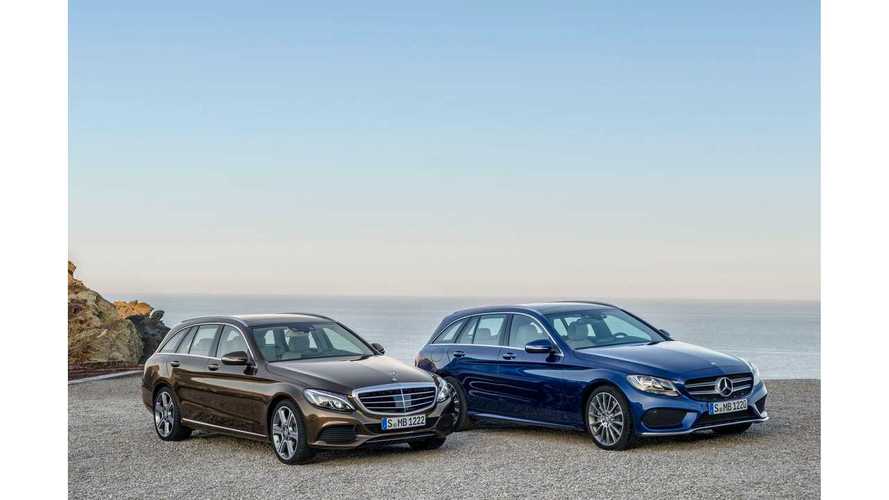 Mercedes-Benz announced that it will expand the C-Class family with the new Estate starting in September 2014.

In its long press release, there is only one line on the plug-in version, which as it turns out, will be included in C-Class family:

"The four-cylinder C 350 HYBRID with plug-in technology will follow in due course."

In due course?  That could mean a year later.  Three years later.  Who knows.  By being purposely vague, we can't draw any conclusions here on the arrival of the PHEV C-Class.

Something more we have found in an Autocar article, which indicates that C350 Plug-in Hybrid is primarily intended for the Chinese and North American markets and will be expensive car with an expected price above the C400 petrol.

"Mercedes sources have confirmed that, rather than running a six-cylinder petrol engine as originally expected, the car will use the 208bhp 2.0-litre turbocharged petrol engine from the C250 as an engine-generator."

"Electric power will come from a 67bhp electric motor, drawing power from a battery pack big enough to give the car a 32-mile zero-emissions range."