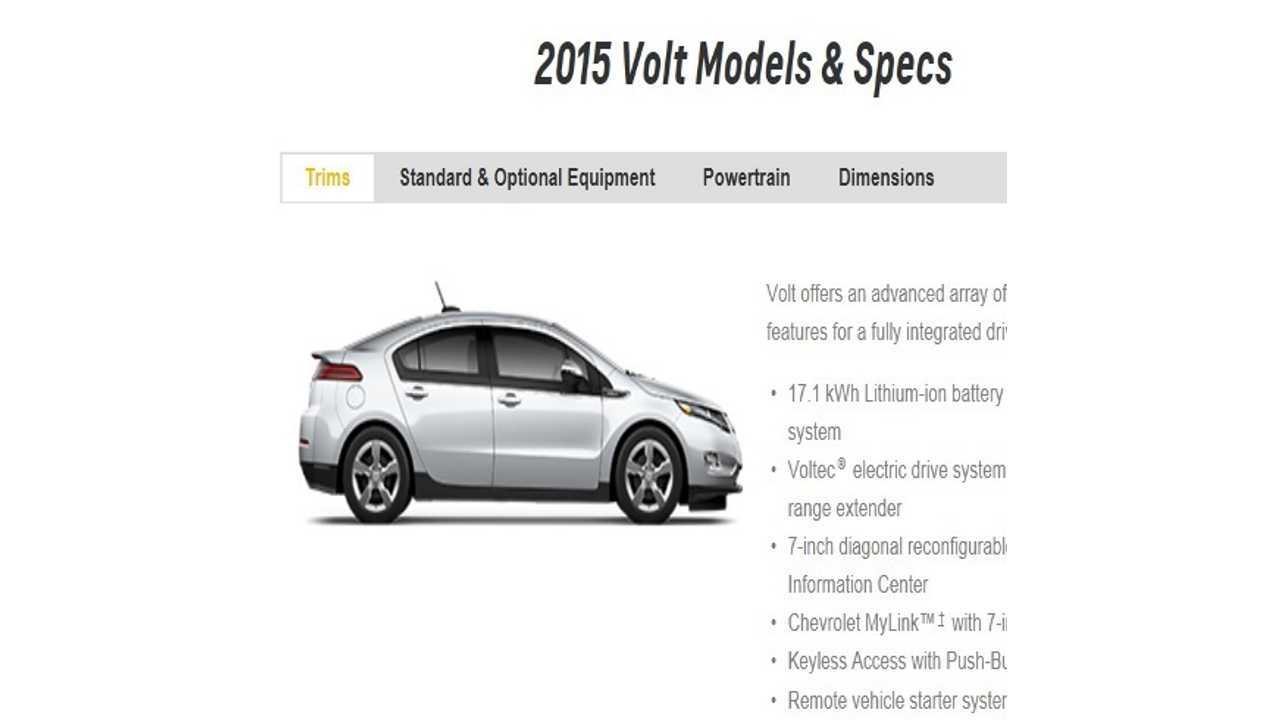 Previously, we had all believed that the Chevy Volt would soldier on into Model Year 2015 with only a few minor changes.  Well, that's no longer true.

The 2015 Chevy Volt, available now at some dealerships, gets perhaps one of the most substantial changes the Volt has seen in several years.

Officially, the 2015 Chevy Volt gets no additional electric-only miles, but unofficially even owners of some 2014 Volts had been reporting an increased full charge capacity, leading us to believe that perhaps this change was made sometime last year, but not announced until now for the Model Year 2015 Volt.

What this increased battery capacity translates into in the real world is unknown at this time, but we suspect that 2015 Volt owners will provide us with this data in due time.

Update:  We spoke to Chevy and they have both confirmed the pack size increase and that owners could very well see increased EV miles as a result - full story here.