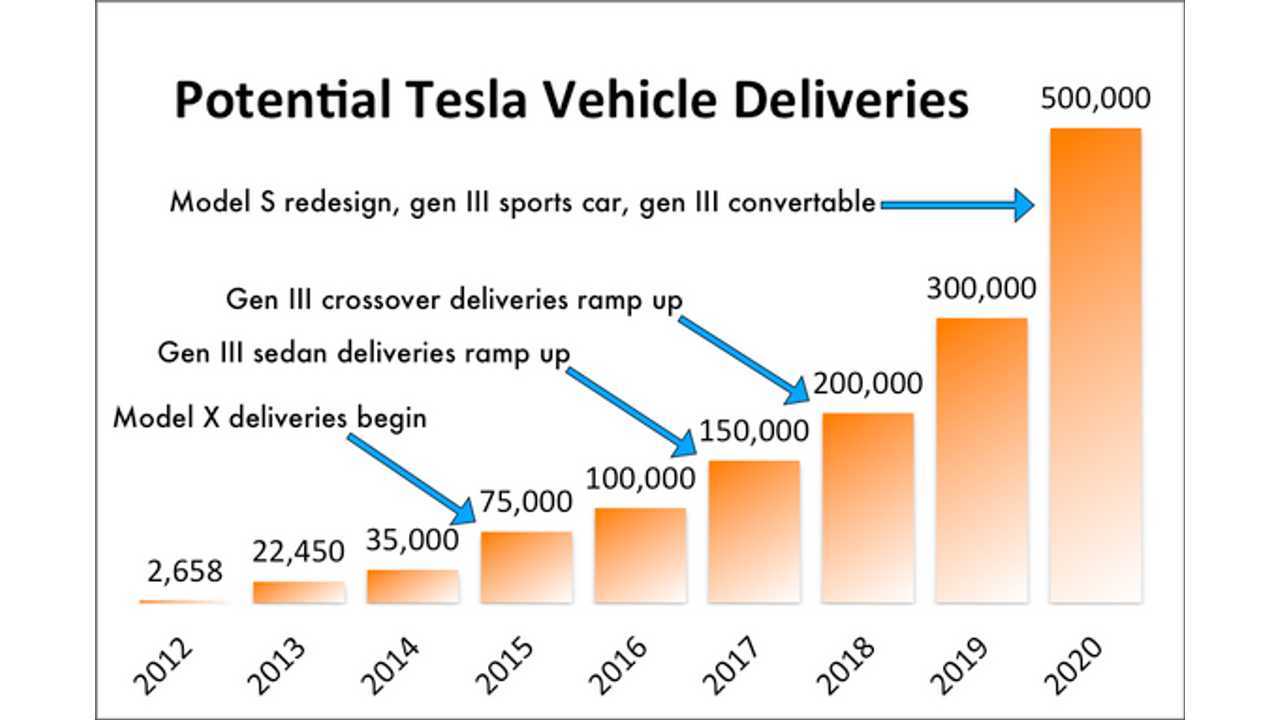 As the chart clearly shows, Tesla sales will explode once Gen 3 hits the market.  Few dispute this looming sales explosion.

What we're not so sure of is the timeline.  We predict Gen 3 won't launch until late 2017 or early 2018.  Gen 3 derivatives (convertible, crossover, sports car) likely won't arrive until the Tesla Model S gets its redesign.  Missing from the chart in the second-generation Tesla Roadster, which we think will arrive in 2022.