Shock Therapy Electric Golf Cart Does A Back Flip - Video 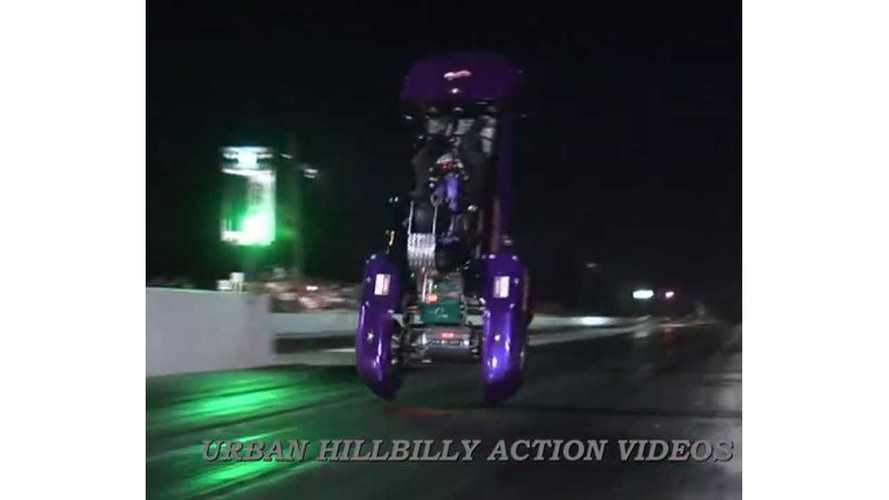 Ever wonder what it's like to do a back flip in an electric golf cart? We should ask Terry Hatfield.

"Terry Hatfield in his 'Shock Therapy' Golf Cart based Electric Dragster. Terry was testing a new battery combo at Ozark Raceway Park when he went for a ride he will never forget. Terry is planning on adding a new set of wheelie bars before the next trip to the race track."

Yes...we're thinking those wheelie bars are a necessity.

The video below is some in-cockpit footage, in which you'll hear Hatfield jokingly mention the possibility of a back flip. almost like he knew what was coming:

"This is the GoPro from the back flip at Ozark Raceway Park. This was the first time I've run this motor with the LiPo batteries. I took amps out of it and put air in the slicks to make sure that it didn't wheelie. Apparently I'm a poor tuner. The eerie thing about it is if you listen to the track worker, I actually say, "You gonna come get me if it flips over backwards?" and he says yes. Also say a lot for the GoPro because another guy picks it up off the track and keeps filming."