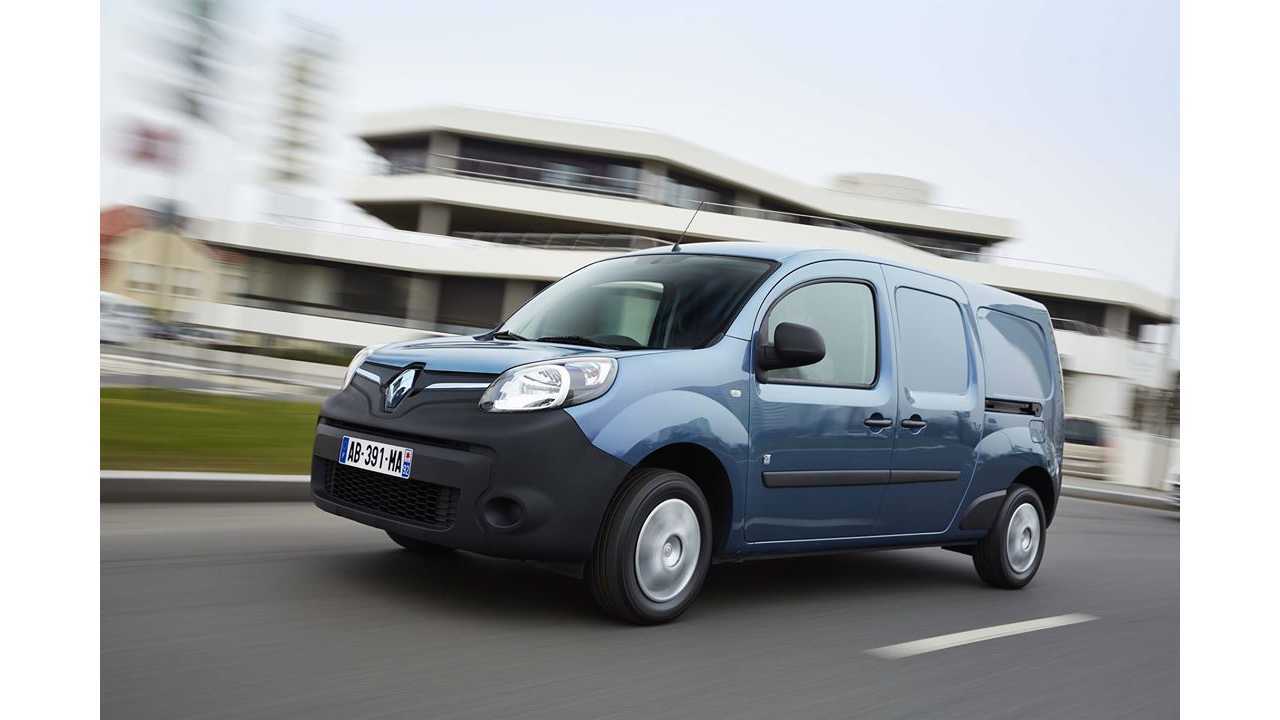 Renault recently delivered a fleet of 30 Kangoo Z.E. to Uruguay, which is probably the largest order for Renault's EV from all of South America.

The vehicles will be run by UTE, Uruguay’s generator and distributor of electricity, in the capital Montevideo and elsewhere in the country.

"UTE, which generates, transmits and distributes electricity in Uruguay, took delivery of its new fleet of 30 Kangoo Z.E.s on Tuesday, July 15, 2014, following an order resulting from a tender process launched several months ago. The handover ceremony took place in the presence of UTE’s President Gonzalo Casaravilla and Stéphane Cottin, Sales and Marketing Director for Renault’s Americas Region."

Separately, Renault delivered one Kangoo Z.E. to Brazil Post, which signed up for a four-month trial period that will be extended to a year if all goes well.

"Capable of handling a load of 650kg and travelling up to 170km (105 miles) on a single charge, the Kangoo Z.E. is perfectly suited to parcel delivery services, and has already been adopted by a number of postal operators around the globe."

"As the world's fifth largest country, Brazil is a huge market with over 9 billion postal items delivered every year. For the trial period, vehicles will operate in the country's capital, Brasília, and in the southern city of Curitiba, while local power company Companhia Energética de Brasília will be responsible for installing charging stations."