Volkswagen CrossBlue Midsize PHEV SUV To Be Built In Tennessee 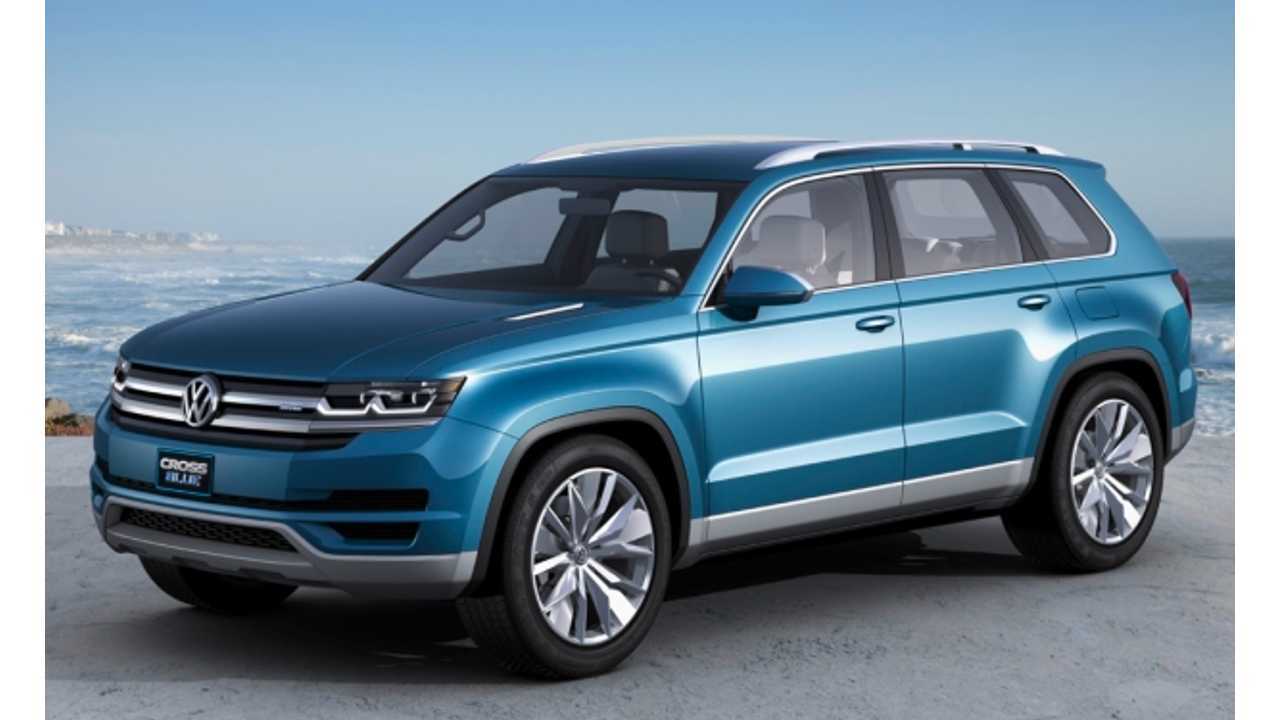 Volkswagen will soon be one of only a few automakers to manufacture a plug-in vehicle in the U.S.

"The Board of Directors of Volkswagen Group of America has decided to award the production of its new midsize SUV to the Chattanooga plant in Tennessee. The Group will be investing a total of approximately US$900 million (€643 million) in the production of the newly developed, seven-passenger SUV, creating 2,000 additional jobs in the US. About US$600 million (€432 million) will be invested in Tennessee."

The midsize SUV will be based on the CrossBlue, a plug-in hybrid concept developed for North America.

Dr. Martin Winterkorn, Chairman of the Board of Management of Volkswagen, stated:

"The United States of America is and will remain one of the most important markets for Volkswagen. Over the past few years, we have achieved a lot there. We are now launching the second phase of the Volkswagen campaign in the US. With the midsize SUV, the expansion of the Chattanooga plant and the new development center, the focus is on the wishes of the US customer. This is also a strong signal for the US as an industrial and automobile production location. The Volkswagen brand is going on the attack again in America."

"At Chattanooga, the new SUV will be integrated into existing plant structures. Existing areas in production will be used for the assembly of the midsize SUV. A total floor space of 50,000 m² (approx. 538,000 sq ft) will be added to the existing production facility."

The midsize plug-in hybrid SUV is expected to launch sometime in 2016.

VW To Have The First Extended Range Plug-In With Optional Seating For Up To Seven?