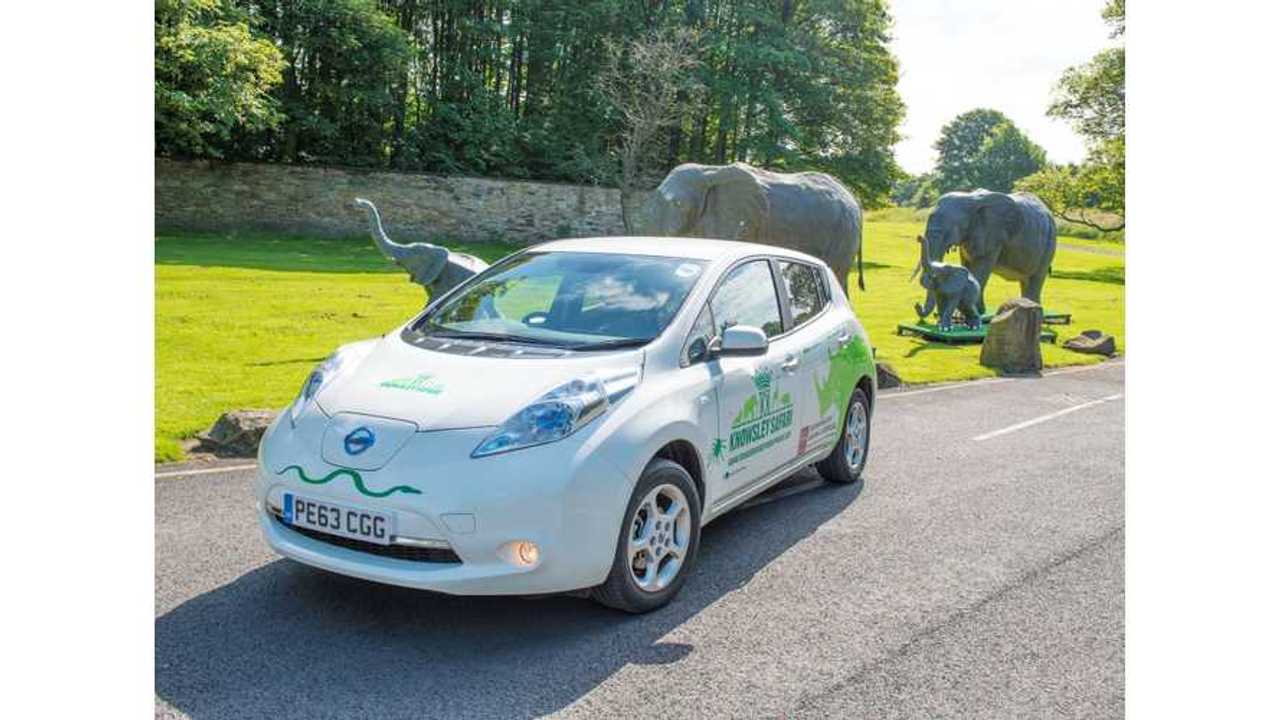 The Learning and Discovery Team at Knowsley Safari near Liverpool, UK recently added a Nissan LEAF to its fleet.

The car is sponsored by the local dealer Nissan Liverpool on Sefton Street.

"The award-winning model is being used by the Learning and Discovery Team at Knowsley Safari near Liverpool as they deliver a conservation and sustainability message to schools across the North West."

"The team's two full-time educators clock up around 10,000 miles a year working predominantly with primary school key stage 1 and 2 pupils and often transport a variety of snakes, spiders and assorted creepy-crawlies."

With Knowsley Safari's striking livery and electricity provided from a solar array, this is the way how zoological attractions could promote electric cars. According to the press release, the park already harnesses rain water and operates a zero-to-landfill policy.

"In many ways the LEAF is the perfect car for us. It's fantastic."

"Because we've been able to couple our charger to our solar panels there are effectively no running costs and that's a real advantage."

"But we also operate in accordance with a strict sustainability plan and in that regard the LEAF is a winner too. It fits very neatly with the overall message the Learning and Discovery Team are delivering at schools across the region."

"We're delighted to be able to support such a prestigious and fantastic attraction and I'm delighted they're reaping the benefits of the Nissan LEAF."

"So many other businesses and individuals could be enjoying the environmental and economic benefits of the model as well and I'd encourage them to take a test drive and see how easily it could meet their needs."

"Even when it's charged from a domestic socket rather than from solar panels, the LEAF costs just two pence per mile to run and it's hard to argue with that."