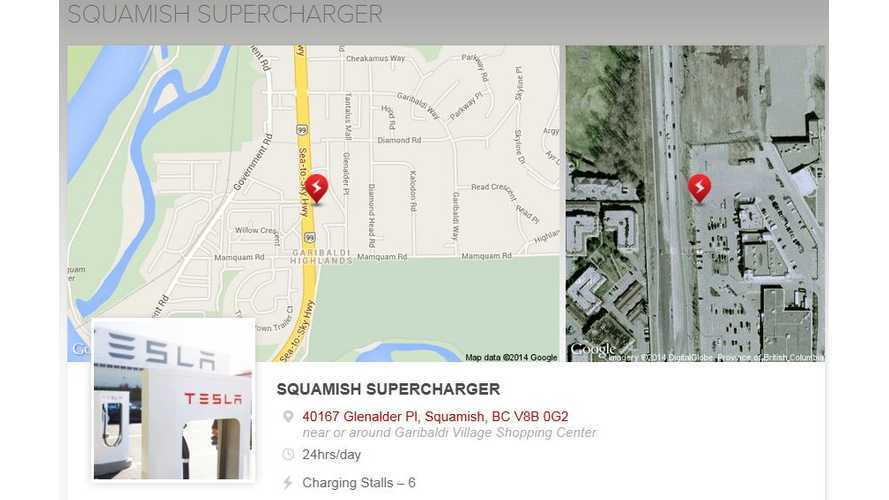 Only 1 For Canada As Of Right Now

"We are pleased to announce the first Canadian Supercharger Station in Squamish, BC is now open. This is an important milestone and we could not have done it without the help of our owners and supporters."

Tesla adds the following to the Canadian Supercharger discussion:

We continue to push forward to ensure that the major Canadian routes on our 2014 map  are enabled as quickly as possible.

Cornwall, ON is on schedule to break ground shortly thereafter. Other sites will open throughout the Summer depending on permit and utility company timing.

Priority routes: Vancouver – Whistler, Vancouver – Banff, Calgary – Edmonton Squamish, BC, our first Canadian Supercharger site, is now open. Hope, BC is poised to move quickly, pending utility company support. Other sites will open throughout the Summer depending on permit and utility company timing.

Target sites have been selected for the remaining 4 sites along the Western Canada routes and we are now into the utility and site design phase.

So, more Superchargers (approximately 14) are coming to Canada soon (by end of 2014 - in theory).