Furtive-eGT To Be Presented At Hurlingham Club in UK 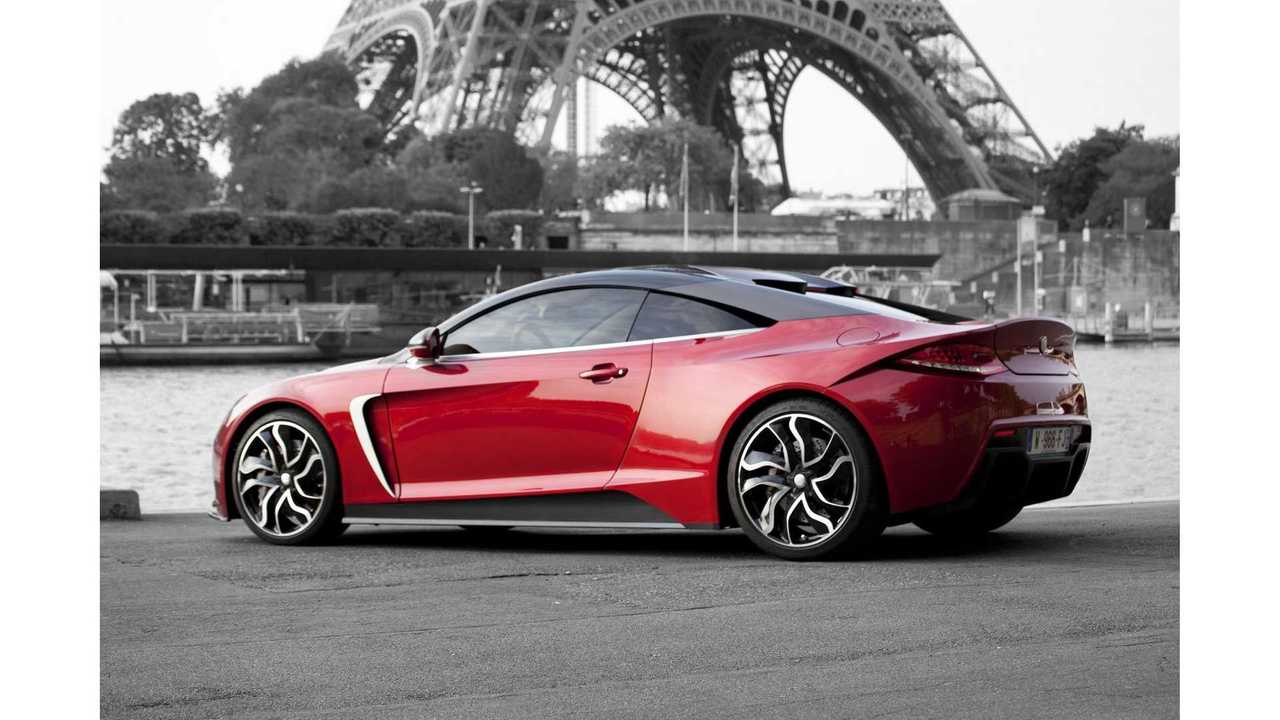 The French 4-seat sportscar, the Furtive-eGT form Exagon Motors, soon will be presented at the The Hurlingham Club’s famous lawns on 16-19 July in the UK.

This beautiful car has heart, with combined peak power of almost 300 kW, which allows it to accelerate from 0 to 62 mph in 3.5 seconds. Motor supplier is Siemens, while lithium-ion batteries are provided by SAFT (approximately 53 kWh).

"The Furtive-eGT’s bespoke running gear, developed by Exagon in cooperation with SAFT (who provides the latest generation Li-ion batteries) and Michelin (axles and tyres), is married to two purpose-built Siemens electric motors powering the first monocoque light carbon four-seat body in the world.

In line with the spirit of Salute to Style, this Grand Tourer represents the most advanced stage in the evolution of super sportscars with its revolutionary electric drivetrain, yet encapsulates the finest classic lines in automotive design and history.

Premium, advanced materials based on Formula One technology have been used to develop a sportscar with a main carbon-fibre/honeycomb tub and a cast aluminum rear structure; the entire body only weighs 124 kg, giving, as a result, an exceptional weight/stiffness ratio.

Power comes from two Siemens-sourced, bespoke electric motors, each giving out over 400 bhp. The Furtive-eGT’s accelerator pedal response time is one-tenth of a second, and the car hits 62mph in just 3.5 seconds."

The Furtive-eGT is few times more expensive than the Tesla Model S and is produced only for individual, highly customized orders. According to press release, there is an international waiting list for the Furtive-eGT since orders were open at its launch in Paris (in 2012).

“We have the same approach as jewel-makers to high-end manufacturing and bespoke craftsmanship. France has a unique focus on virtuosity and creativity when producing works of art. Every Furtive-eGT made so far has been created specially for its owner, and leading designers have penned each one according to the individual’s interpretation.”

Michael Scott, who, in partnership with The Hurlingham Club, is Salute to Style’s organizer, adds:

“It is the perfect car to showcase at Salute to Style, an event organised for the sole purpose of celebrating elegance and human endeavour through the decades. Here is a car which does not need to shout in order to be heard.”