The Guy That Doesn't Like EVs Doesn't Make It As Infiniti Boss - Go Figure. Now Heads To GM? 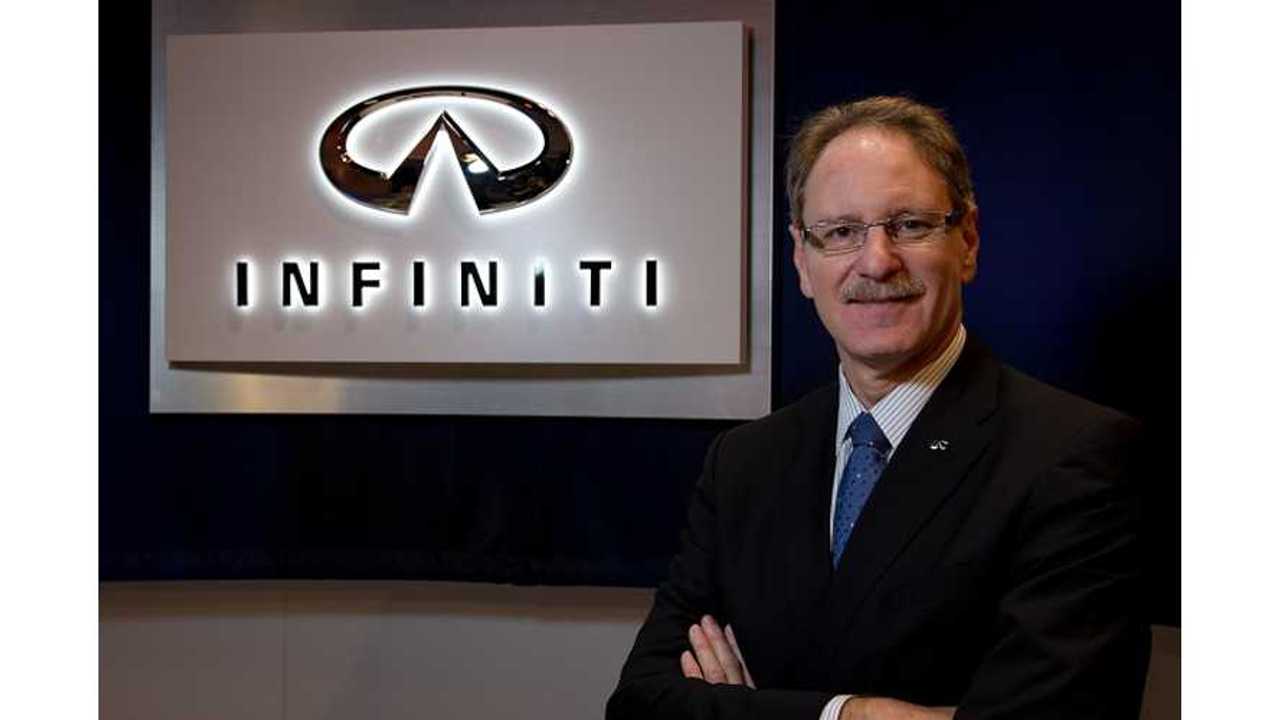 In the early days of the "EV revolution" there was one name that stood for everything against the plug-in car.

Here are some choice quotes from Johan from back-in-the-day with Audi:

“The Chevrolet Volt is a car for Idiots…No one is going to pay a $15,000 premium for a car that competes with a (Toyota) Corolla. So there are not enough idiots who will buy it.”

“Mass electrification” of the vehicles on American roads could lead to problems like a strained electric grid. Large-scale utilization of electric vehicles will require massive investment in new power stations that are much cleaner than the ones in use in the U.S. today.”

“(EVs) could merely shift greenhouse gas emissions from the tailpipes of cars to the smokestacks of coal-burning utilities. That’s not just my opinion. The California Air Resource Board this past April concluded that electric vehicles presently are second only to hydrogen cars in greenhouse gas impact when measured on a well-to-wheel basis”

This naturally lead to one of the oddest hires in the history of the automotive business - a leadership role at Nissan, as the top guy at Infiniti.

At this point we should give Mr. De Nysschen his due, the man is well respected in the industry, and really knows how to sell a luxury nameplate to the masses.

Shortly thereafter, the EV community received the fruits of his new tenure :

Surprisingly, the marriage of the two didn't work out so well, and almost 2 years to the day Mr. De Nysschen came to Infiniti, he has resigned.

Thankfully, Andy Palmer who runs things at Nissan (officially he is  Executive Vice President) - and who is considerable more 'pro-EV' - is taking over the reigns temporarily at Infiniti while the company looks for a more suitable replacement.

There may have been some signs that all was not well between Mr. De Nysschen and Nissan when Mr. Palmer seemed to become the defacto voice for the brand in recent months.  In May, Mr. Palmer stated that the Infiniti LE was back on the automaker's radar and would be produced in fiscal year 2016, shortly before the next-generation LEAF would be produced.

Officially, the reason for his exit is "personal reasons", but it appears as the personal reason was to talk to GM (one of the worst kept secrets of the year) about taking over the top job at Cadillac shortly - a position which was just vacated by Robert Ferguson yesterday.  Seriously.

Good luck with him GM.