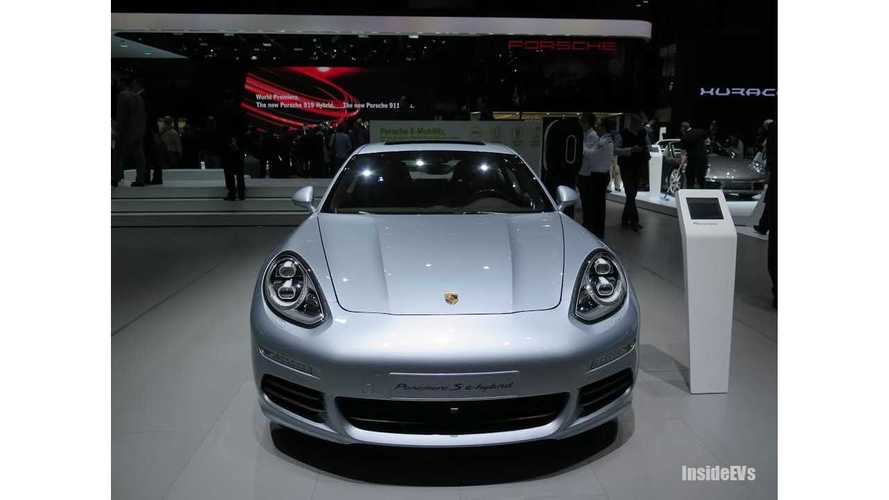 Per Porsche, 1 in 10 Porsche Panamera buyers worldwide purchased the plug-in Panamera S E-Hybrid in the first 6 months of 2014..

"Porsche reported an almost 8% increase in sales during the first half of 2014 to 87,800 units. In the first six months, the new Panamera Gran Turismo was especially in demand with around 13,500 units were delivered—a rise of 28%. Also, almost one in ten customers opted for the Panamera S-E plug-in hybrid model."

So, in summary, one out of every 10 (10%) Porsche Panamera buyers opt for the only mass-produced plug-in Porsche: Panamera S E-Hybrid.  We think that's a solid and respectable figure for an automaker who is just starting to venture into plug ins.