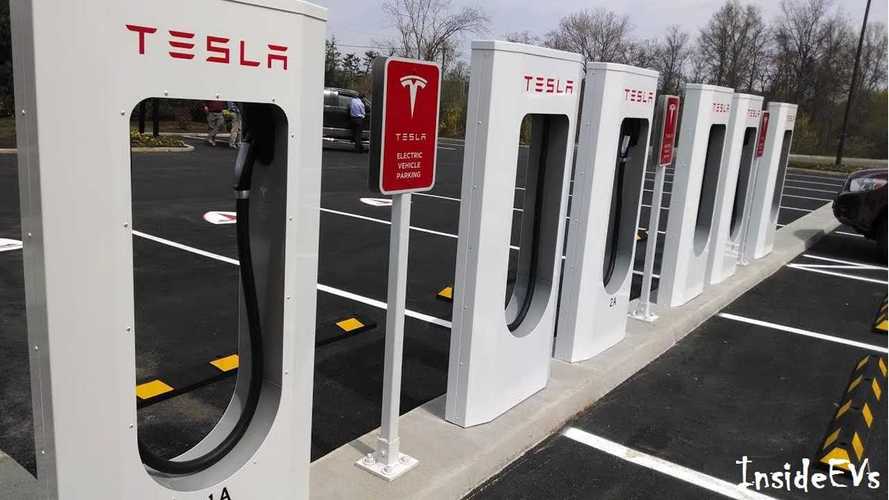 More than 1 GWh of energy is the new bold number for the Tesla Supercharging network in June. This is what the fleet of Tesla Model S EVs around the world used in June alone.

This is enough to move Tesla Model S for 3.7 million miles.

From the start, we now know that Superchargers delivered energy for 24.7 million miles!

"In June, Tesla’s Supercharger network passed a charging milestone, delivering more than 1 GWh of energy to Model S vehicles in a single month. That energy accounts for a collective 3.7 million miles driven, 168,000 gallons of gas saved, and 4.2 million pounds of carbon dioxide offset. That’s like driving to the moon and back seven and a half times, and nixing a day’s worth of CO2 from 73,684 Americans."

In Tesla's opinion, Supercharging network is now the largest fast-charging network with over 100 stations in the US, 32 in Europe and 3 in China. Of course, there are still much more CHAdeMOs (near 4,000), but they are not a uniform network.

Moreover, Tesla stated that Superchargers are growing faster than other networks, and that 8 units were delivered last week alone in Europe (some of them were temporary units however, so in fact installation is still ahead for Tesla).

"At a Supercharger, Model S customers can get half a charge in as little as 20 minutes, and it’s totally free. Supercharger routes now span the entire width of the United States, from Los Angeles to New York, as well as up and down the East Coast and the West Coast. By the end of next year, 98 percent of the U.S. population will be within 100 miles of a Supercharger. We are also aggressively expanding the network in Europe and Asia. Last week alone, we opened eight new Supercharging sites in Europe, bringing the total number of stations on the continent to 32. We unveiled China’s first Superchargers in June and more are coming soon."

"You can find a Model S charging at a Supercharger any given second of the day, and to date Superchargers have powered a total of 24.7 million miles of driving – which means the world has been spared the burning of 1.1 million gallons of gasoline."

Most of the post on the Tesla blog is summed up in these infographics.