Mitsubishi Plug-in Sales Weakened In Japan To Below 1,000 Units In July 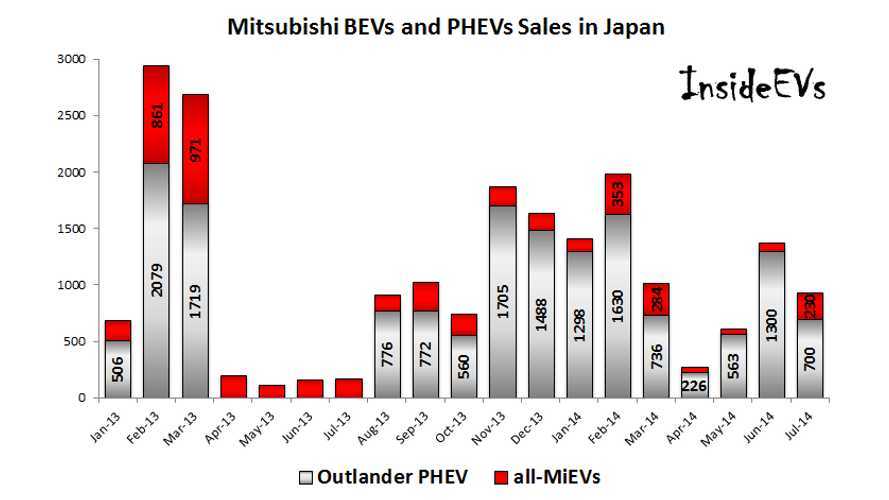 Divergent signals are coming in from Japan, where on one side sales of MiEV all-electric cars twitched upwards a little bit thanks to more inventory (finally) of the current model year, but on the side Outlander PHEV sales weakened.

In general, sales of electric cars in Japan have fluctuated recently up and down after a more stable period at the end of 2013 and in the beginning of 2014.

With almost 6,500 Outlander PHEVs sold after seven months in its home market of Japan, Mitsubishi should exceed 10,000 (raising the bar from last year's 9,608).