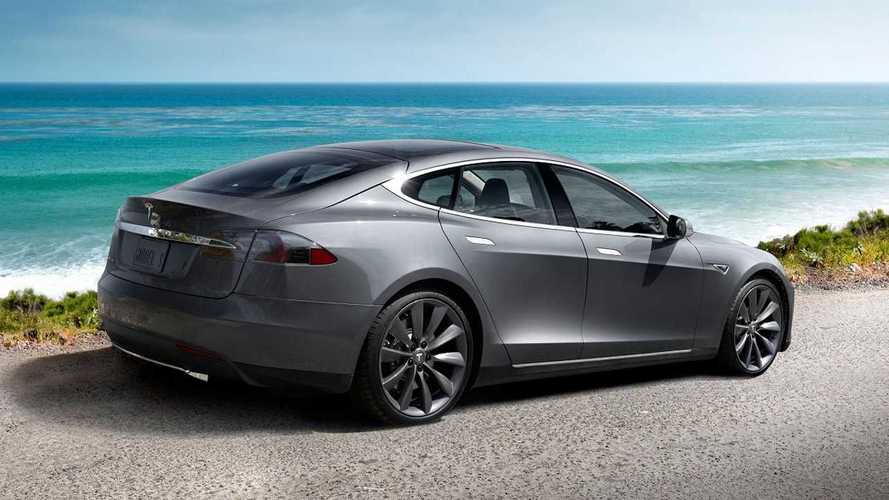 Cadillac ELRs Line Up For Ride And Drive Event

A recent Automotive News article, focused on BMW, Cadillac and Tesla Motors, delved into some sales figures that we'd not yet seen:

"The ELR may have been too different. GM has sold fewer than 600 nationwide through July, according to researcher Autodata Corp. Tesla sold 939 vehicles in the Bay Area through the first half, according to Edmunds."

So, sales of the Model S in the SF Bay Area alone outnumber nationwide sales of the Cadillac ELR in the first half of 2014.

Tesla's dominance in its backyard is apparently something that General Motors isn't taking lightly.

"Cadillac has been staging ride-and-drives around Silicon Valley since April at tech campuses including Google’s and at Walt Disney Co.’s Pixar, getting as many geeks as possible behind the wheel of its ELR electric-drive coupe."

"It’s also pushing dealers to upgrade their showrooms. Just down the road from Tesla’s factory, the Dosanjh family invested $15 million on a Cadillac dealership that opened last year. The store has a towering 40-foot-wide solar array that automatically adjusts with a soft whirring sound to best catch the sun’s rays for charging electric cars parked below."

The idea is to get local Cadillac dealerships up to par with the various Tesla stores in the area. Inder Dosanjh, the owner of the dealership mentioned above, stated:

“As far as we’re concerned, this is where we’re starting the battle against Tesla -- in Fremont."

Uwe Ellinghaus, head of Cadillac marketing for General Motors, admits to Automotive News that there's an intense focus on the SF Bay Area:

“New York and LA are the biggest luxury markets, but they are relatively conservative luxury markets. But San Francisco may be the next generation of luxury buyers.  They are far more interested in progressive brand statements then necessarily the quickest car on earth.”

A total of 8 Cadillac dealerships in the SF Bay Area have reportedly undergone extensive modifications to get up to snuff, but will that be enough for sales of the ELR to compete with the Model S in Tesla's own backyard?  We doubt it.  But possibly it will position Cadillac better for when it has that true Tesla-fighter available on the market.

Oh...BMW is reportedly upping its game in the SF Bay Area too.