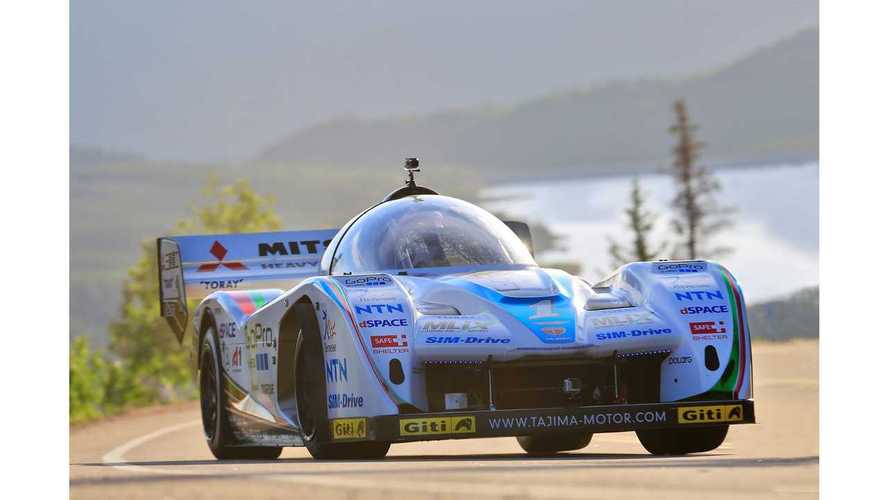 By the way of releasing its Phase 8 video on E-Runner Pikes Peak Special's pre-tests, practice, final tests and race at Pikes Peak International Hill Climb, the Japanese team announced its intention to start in two more seasons at Pikes Peak - 2015 and 2016.

But that's not all. Next year, Nobuhiro Tajima would like to drive a completely new car, with the main goal of being finally faster than any internal combustion engine car at Pikes Peak.

Who knows, maybe its time to build the first 1MW racer?!

Here is the full press release, however for details visit here:

In the long history of the evolving automobile industry, the anniversary of the race would be a perfect time to prove electric vehicles perform better than combustion engine cars and stimulate the movement to promote the shift to electric vehicles in order to seek solution to the environmental issues and energy problems.

We are calling to all businesses to partake in the project to show the whole world how much of a great performance an electric vehicle can realize at the historical and monumental event. We welcome your support

We began our electric vehicle challenge at the Pikes Peak International Hill Climb from the year 2012. Our first year looked good as we were able to clock great times at the qualifying runs however we were forced to retire due to mechanical trouble.

To vindicate our honor, we doubly and prepared for our second year of 2013. As a result we were able to surpass major auto maker works team and win the electric class champion by a humongous margin as expected.

In spite of that, Peugeot gave their absolute all as an automobile manufacturer with massive funds and long hours toward their racing machine and the appointed the best driver behind the wheel. As a result they have won the overall championship at an astounding 8 minutes.

With our 3rd year this year, we aimed to achieve a successive win but also to challenge the combustion engine car scores overall. Still our current machine’s total performance has not yet overcome combustion engine vehicles and victory was not possible.

The year 2015 will be our 4th challenge and the year after that would be the 100th Anniversary of the Pikes Peak International Hill Climb. And so we made the decision to develop the electric vehicle with the performance greater than the combustion engine vehicle.

We aim to call out to as many people and businesses as possible in order to recruit businesses and distinguished engineers that may be interested in partaking in our project, which is why we have sent you this proposal.

We are aiming to make a great campaign of bettering the electric vehicle technology, and through demonstration to the world we can put a stop to global warming.

We welcome your participation to our project.