Next Generation of Nissan LEAF Visualized 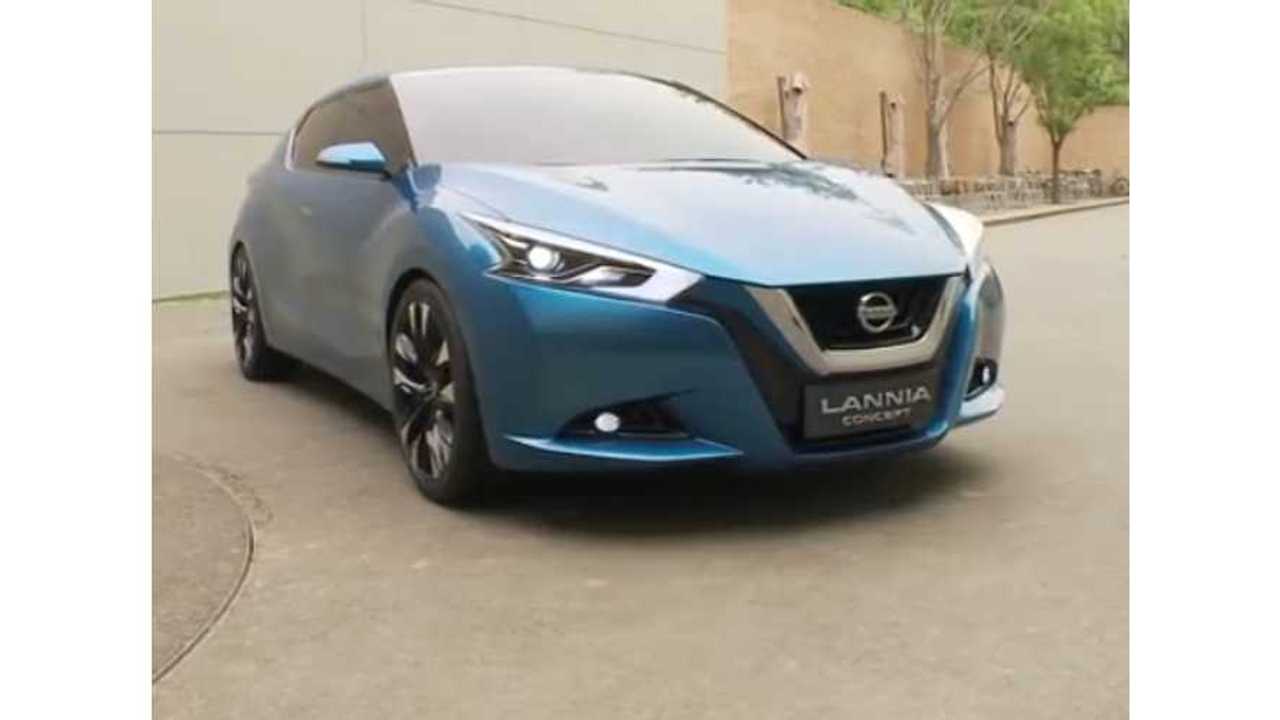 The Next Generation Of Nissan LEAF Is Just Two Years Away ... It's Time To Make A Wish List - Could The Lannia Concept Forshadow The "Next" LEAF In Waiting?  We Think It Could

Now that the first of the "2nd generation" of plug-in vehicles has been teased recently in the form of the 2016 Chevrolet Volt (debuting in Detroit in January, and arriving showrooms next summer), attention has also moved to what the next mainstream EV will get for a new look - namely the Nissan LEAF.

Coming a year later than the Volt, and as a model year 2017, the updated LEAF has been promised to have a couple new changes - more range and a more conservative look that fits with the wider branding.

To that end, the folks over at Auto Express have taken a stab at where they feel the LEAF is heading by designing some exclusive renderings of their own - which you can check out here (opens in new window).

For us, we think Nissan has already let the cat out of the bag to a certain extent with the Lannia Concept  car (above).

The UK outfit has a couple predictions to go along with their renderings, the first we agree with:

"Nissan bosses are promising new battery technology is on the way, with better energy density for a more usable pure electric vehicle. A figure of about 186 miles is likely to be the target. "  (Editor's Note:  186 miles on the UK NEDC scale is akin to about 130 miles on the US EPA metric)

And the second we don't:

"Our images give you a good idea of how it’s shaping up, with bosses keen that the large chrome ‘V’ in the grille and the blacked out pillars become recognisable design features of the next generation of Nissan cars"

Nissan Lannia Concept Hints At Next Gen LEAF? We Think So

Nissan is smart enough to know that this is something that discerning EV drivers (as well as existing LEAF owners) really don't want.

Truth be told, what appears to have happened here is that Auto Express seems to have lightly redrawn (perhaps inadvertently) the Lannia concept sedan that we first saw in China earlier this year in April -  a car which really is not only great looking product in the flesh, but something we felt at the time does indeed hint strongly to the future look of the 2017 Nissan LEAF.

Here is a look at the Lannia in a promotion video put out by the company from Auto China 2014: