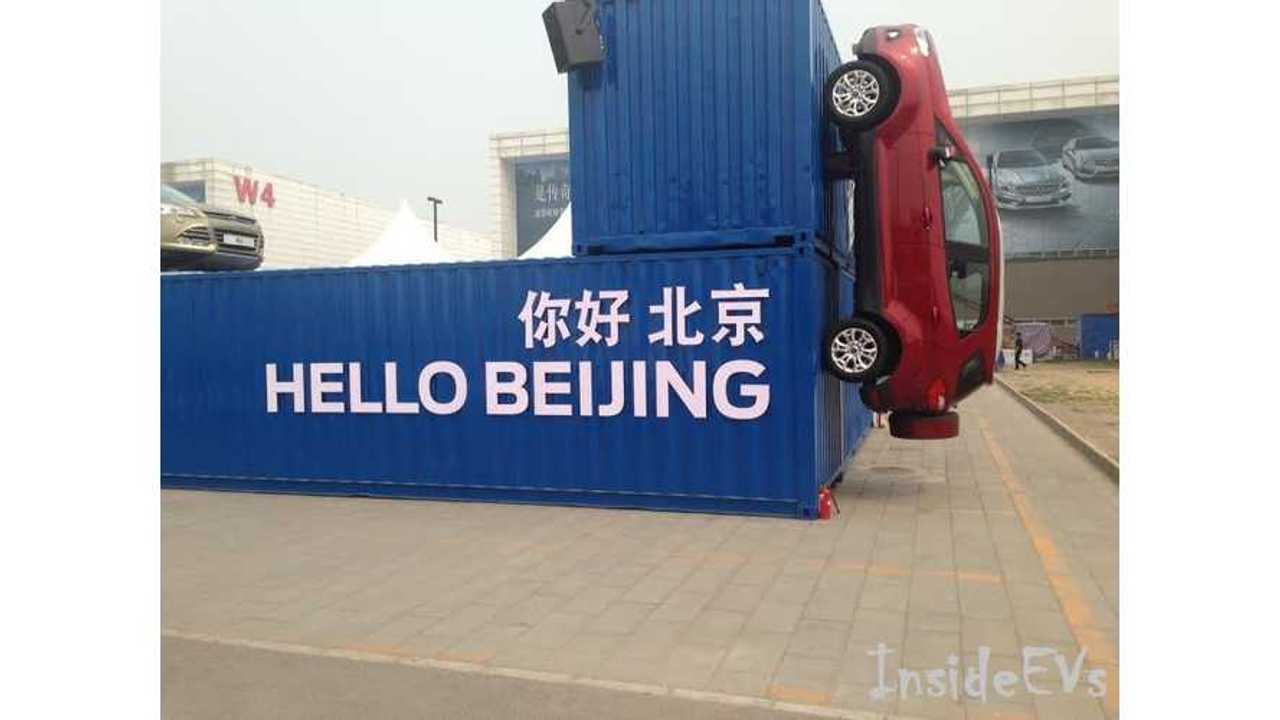 While In China, We Searched Far And Wide For Charging Stations - This Was One Of Only A Few We Found

Over in China, there's plenty of action on the plug-in vehicle front.

Currently, China's central government is considering a plan that calls for up to 100 billion yuan ($16 billion) in government funds to go towards the installation of public charging stations.

Bloomberg first reported on this, citing two sources familiar with the matter.

If this indeed turns out to be true, then soon it may be China that leads the world in public charging points.

"The policy will be announced soon, said the people, who asked not to be named because the discussions are private. The people declined to provide further details of the plan such as how long the program would last or whether the chargers would be compatible with cars made by Tesla Motors."

So, official information seems to be scarce at the moment, but at least there's a hint that China may be interested in catching up with (or even passing) most of the rest of the world in regards to public charging infrastructure.

BMW China adds that China is predicted to become the world's largest plug-in vehicle market within the next five years.  Plug-in sales in China are currently still rather low (though significantly improved over 2013), so there has to be a BIG boom coming if China is to move into the #1 spot.