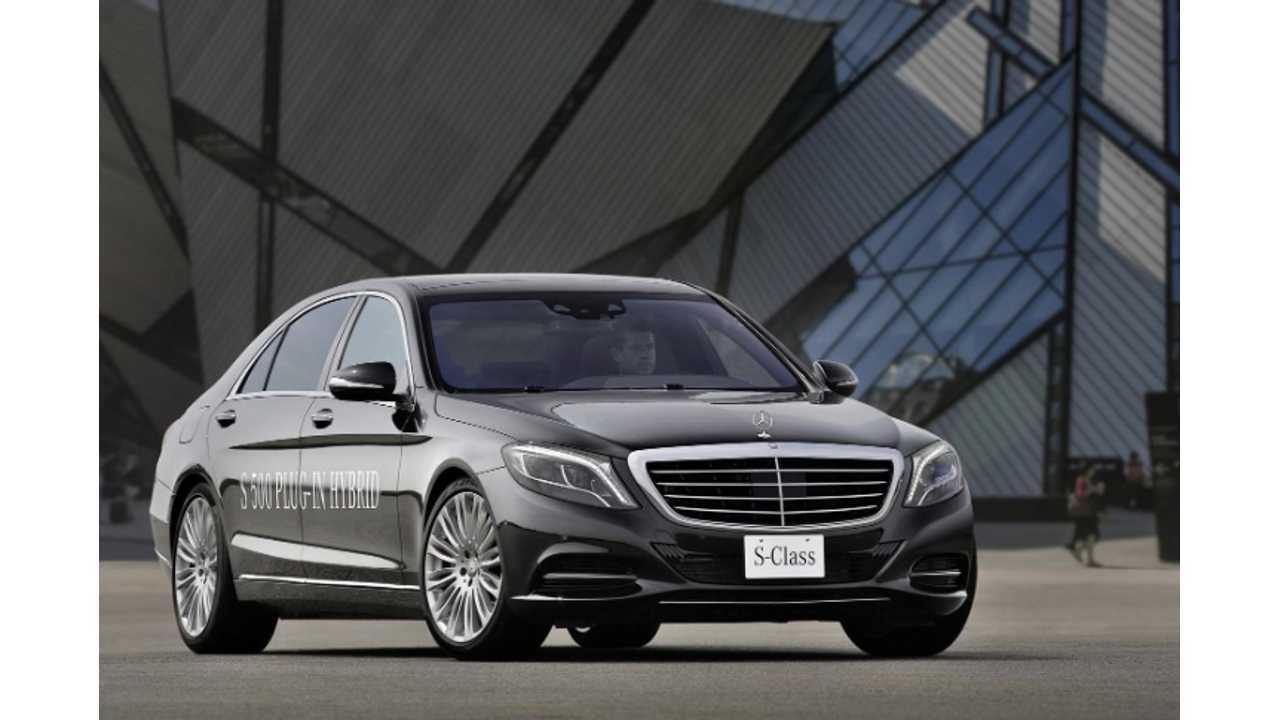 Expensive is an understatement when it comes to the all-new Mercedes-Benz S500 Plug-In Hybrid.

Though we don't yet have U.S. pricing for the full-size plug-in hybrid Mercedes, we do know that when it launches in the UK this November, it'll start at £89,000.  That's slightly more than the existing S500 and translates to over $152,000 USD.

Now, we don't expect it to cost that much when it arrives in the U.S. sometime next year, but we certainly sense that it'll be priced as the chart-topper of the S Class lineup.

"Set to make its public debut at the Paris motor show, the first of Mercedes-Benz’s dedicated plug-in hybrid models uses a new parallel petrol-electric drivetrain that is claimed to net the big luxury saloon combined cycle consumption of over 100mpg on the European test cycle while providing it with a zero emission electric range of over 20 miles."

As for performance, "Mercedes-Benz claims the S500 Plug-In Hybrid accelerates from 0 to 62mph in 5.2sec and reaches a top speed limited to 155mph," according to Autocar.

If you're interested in expensive, posh plug-in hybrid, then Mercedes-Benz has you covered:

Even the cheaper C-Class is getting the PHEV treatment soon, so M-B looks to be the default go to automaker for luxury plug-in hybrids.