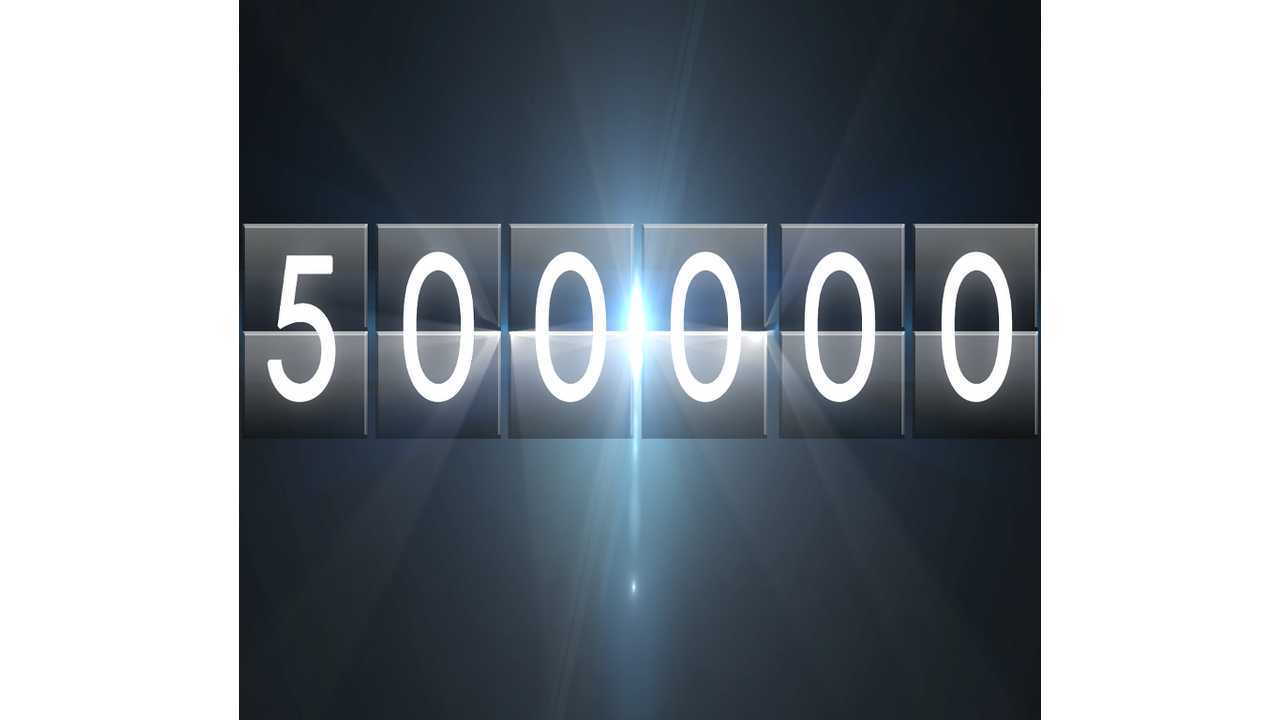 According to data compiled by UC Davis:

"In the last year, global registrations of electric vehicles from the first three years of the market reached 500,000 units. The U.S. plays a dominant role, with 200,000 vehicles registered, more than one-third of those in California."

So, in the modern-era of electric vehicles, more than 500,000 have been sold.

In actuality, the global plug-in vehicle sales figures are well over 500,000 now, but UC Davis was playing it safe by waiting until the real figures were comfortably over 500,000 before reporting on this landmark sales achievement.

The real figure is closer to 600,000 now and it's climbing quickly.

"Of all countries, the U.S. has accounted for around 45 percent of sales since numbers started to tally in earnest in 2010. Among the top half-dozen PEV consuming countries, Japan ranks second, China third, and the Netherlands is fourth."