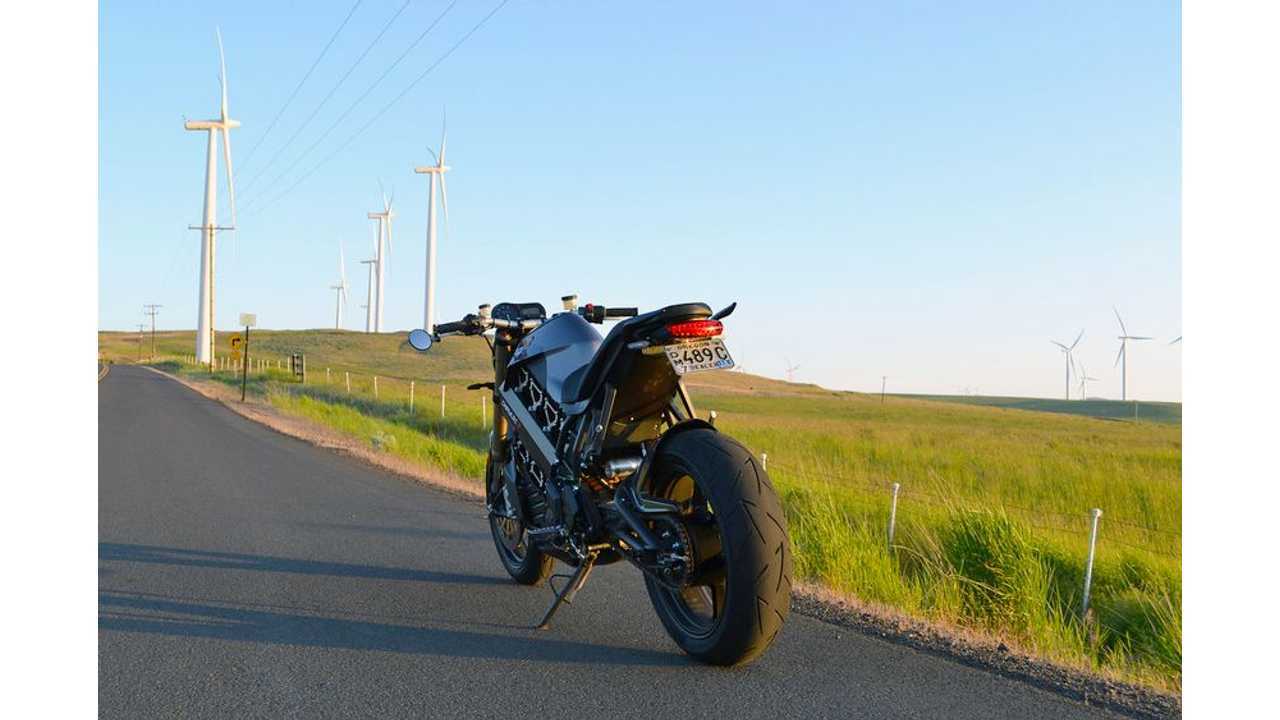 Brammo Empulse R electric motorcycles are on sale not only in the US, but also in Europe and, as it turns out, some customers are presenting videos from their country road trips.

The first video posted on the official Brammo channel comes from Germany, where Empulse R riders often exceed 100 km/h (62 mph) and downshift for overtaking just like in internal combustion motorcycles.

"Want to know what its like to pilot a Brammo Empulse R through beautiful Bavarian country roads? This video was sent to us from one of our friends in the region of Burgkirchen/Bavaria/Germany."

"The Empulse is a motorcycle, it just also happens to be 100% Electric!"

And here is the second recording from Netherlands with some speeds above the limits.
++
Got a tip for us? Email: tips@insideevs.com