Elon Musk: Tesla Supercharger Coverage For All Of Spain And Portugal By End Of 2015 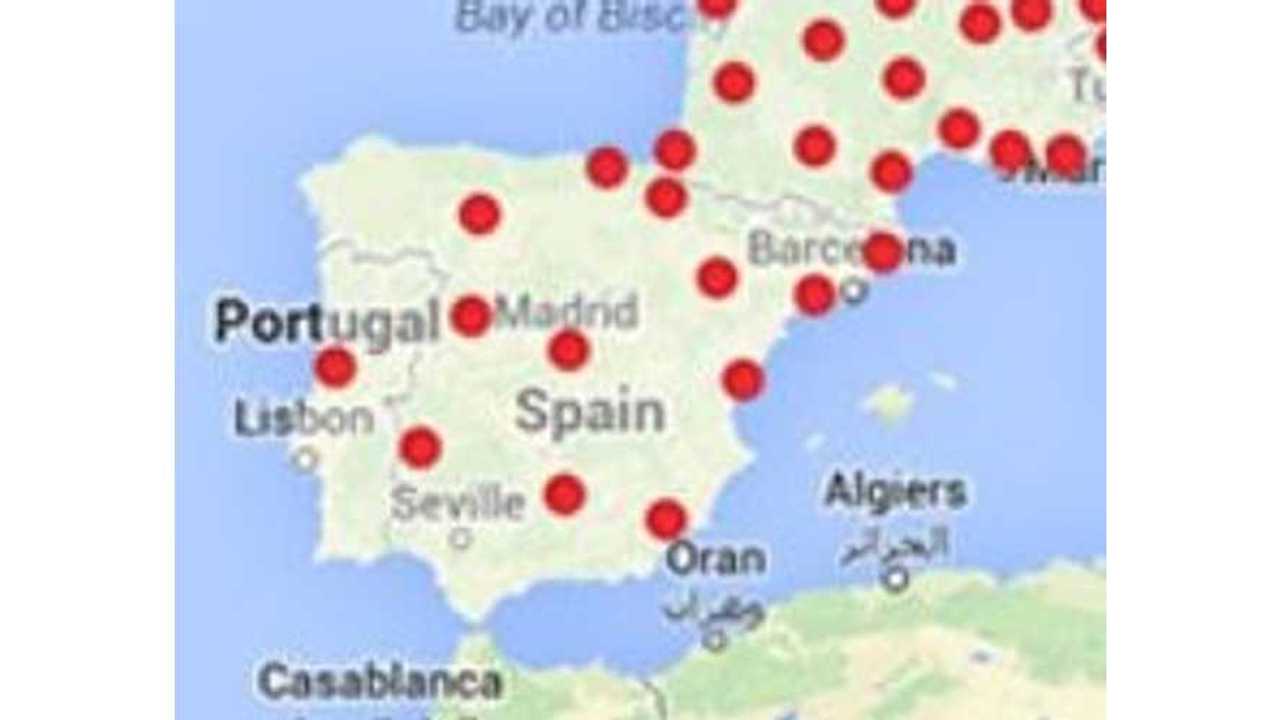 One glance at Tesla's current Supercharger map of Europe will prove that both Spain and Portugal have been excluded from the Supercharger madness that's slowly taking over the world.

Fear not our Spanish and Portuguese friends....Superchargers are coming soon.  That news comes straight from the top in the form of a Tweet put out by Tesla CEO Elon Musk.

The highlight of that Tweet is that "all of Spain & Portugal" will be covered by Superchargers by the end of 2015.

So, you've just got to hold tight a bit while Tesla gets those Superchargers in the ground.  They're coming.

Spain And Portugal Covered By Superchargers By End Of 2015