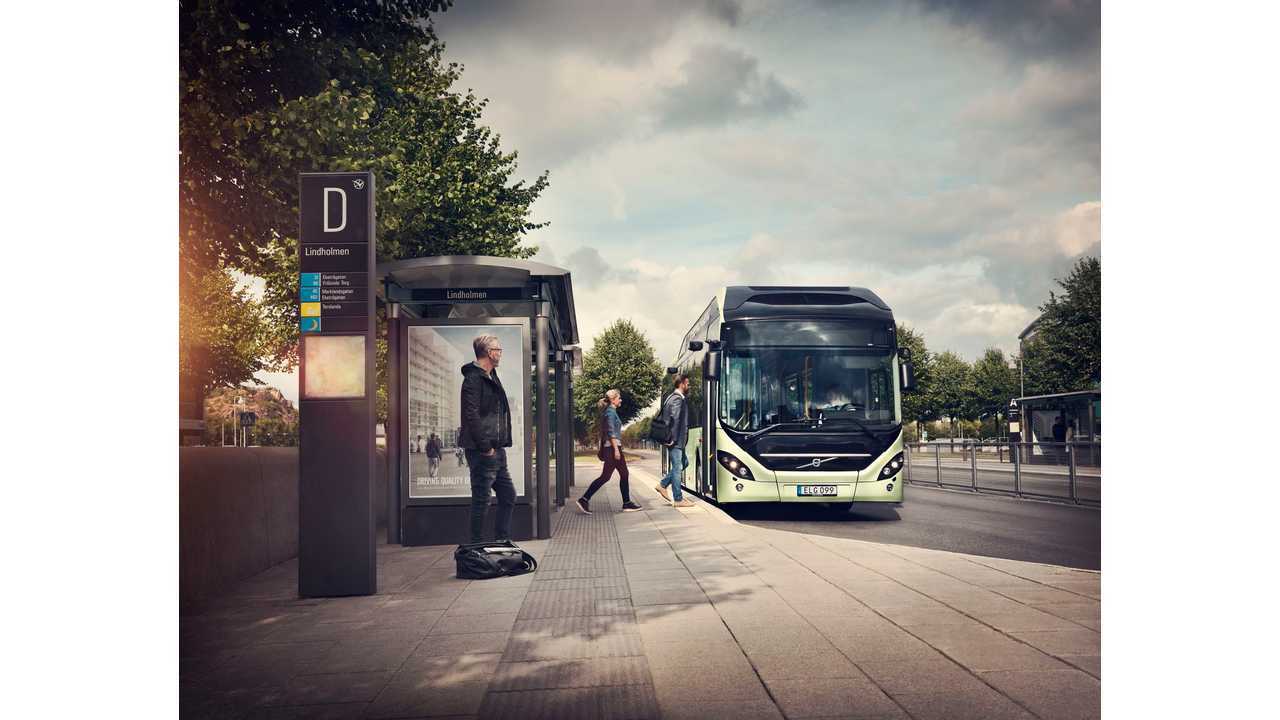 Volvo announced that at the upcoming International IAA Commercial Vehicles show in Frankfurt, Germany on September it will officially launch the 7900 Electric Hybrid bus (check hall 17, stand A05).  Early prototypes have been tested for some time now in Europe.

This plug-in hybrid is able to drive for some 7 km (4.4 miles)in all-electric mode and then recharge a small battery pack in just 6 minutes.

Volvo Buses believes that such vehicles will be cleaner and with significantly lower fuel consumption, not to mention the ability to operate in near silence.

Several European cities (like Hamburg, Luxembourg and Stockholm) already signed contracts for the 7900 Electric Hybrid buses to be delivered this and next year.  However, volume series production is expected in early 2016.

"Noise is a growing problem in many cities. The noise level near to an Electric Hybrid is 65 decibels, i.e. normal conversation level. The Volvo 7900 Electric Hybrid runs in electric mode in average 70% of the route, silent and emission-free."