Mission Motorcycles to Become Mission Electric - We Get Confused 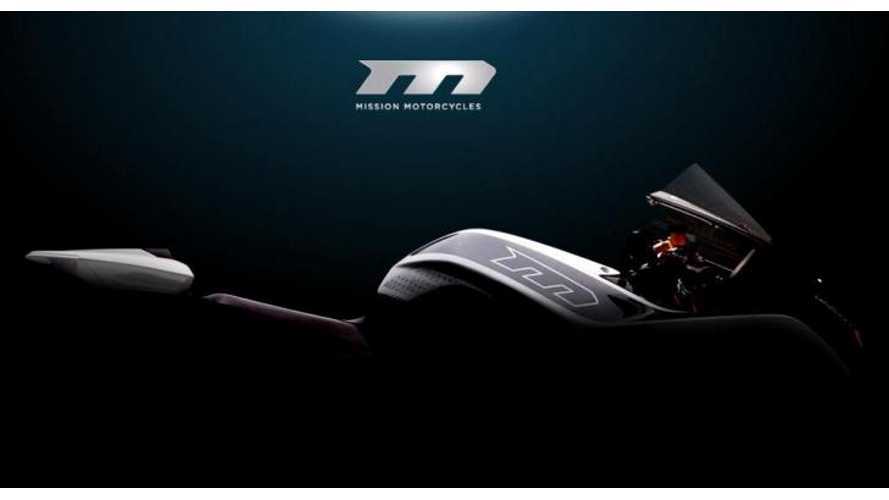 Last week's news that Mission Motorcycles and Mission Motors would merge to become Mission Electric (and offer drivetrains for boats, cars, tractors, as well as motorcycles and other things that go fast) left a lot of us a little confounded at exactly who and what Mission has been all about over the last 7 years or so.

If you're interested in a complete timeline of Mission, stop over at The Electric Chronicles' Mission post.  It's really fairly simple though, after a brief chat with our inside source at Mission Motorcycles.  Basically, it comes down to one Mark Seeger, and his desire to own a Mission motorcycle.

Mission Motors was founded in 2007. The focus of the company, from reports, started as the desire to build the electric motorcycle called the Mission One, shown above. In spite of a remarkable racing record and huge public interest, as well as deposit-paying would-be buyers, the motorcycle never went into production. Mission Motors, in November of 2010, announced Mission EVT (Electric Vehicles Technology), an attempt to brand their work designing drivetrains for other companies. Naturally, with OEM work like this, there's very little publicly reported on exactly what they've built and for whom, but we do know they were hired by Harley Davidson to put together the recent LiveWire project, they have contributed to a few race bikes and we've seen a the drivetrain in person, in some small-scale electric race cars.

Apparently, however, Seeger wanted his motorcycle.

In May of 2013, Mission Motors tweeted the tease of teases: the launch of Mission Motorcycles, and the release of a new, bad-ass, total update and refitting of the Mission R and Mission RS.  This is where some of the confusion starts.  Because this came from Mission Motors, many major sources assumed (and reported) this was a company somehow "spun off" of a parent company, either as a subsidiary or at least sharing resources, funding, corporate officers, something like that. Not much was done by either of the two companies to clear up that confusion.

The fact is, Mission Motorcycles is (was) a completely separate organization.  Mission Motorcycles was founded primarily by Seeger, and for the one goal of finishing the development of this motorcycle and bringing it to market.  From the InsideHook story:

"Here’s the deal: I’m selfish,” says Seeger, laughing. “If the market can’t deliver what I want – even if I have the money – it frustrates the hell out of me. Why does my iPhone, which is a few years old, have better tech than my $30,000 Ducati? No logic in that.  So I said, 'Let me build it on my own.'”

A lot of the press at the time, including the InsideHook story above, suggested that Seeger was responsible for the actual design and building of the Mission R and RS that was being launched - which many consider revisionist history at best (and again, a point not cleared up by either Mission Motors or Mission Motorcycles).  One point was confirmed in our conversation: Seeger and Mission Motorcycles was intimately connected to Mission Motors, and using their engineering and manufacturing to produce the bikes - spin that how you may.  Though apparently not committed in any legal way to Mission Motors, it's clear they had no product without the relationship, and no intention of straying away from that relationship.

This announcement effectively tossed gasoline on the smoldering coals of the interest for this bike.  For a bike that Jay Leno rode (and liked), a bike that seemed to break through EV boundaries since its first conceptualization, it finally seemed like the bike would be shipped - not only the Mission, but the Mission updated to keep pace with its peers.

Then came the announcement that Mission Motors was merging with Mission Motorcycles to become Mission Electric.  All us bike guys could see was the sub-title:  "...and delays production of motorcycle".

What apparently happened was that it seemed to some key investors, (and increasingly to the management of both companies), that this arrangement didn't make a whole lot of sense from an investment standpoint.  By combining teams and talents in a formal way, it gives investors a nice package to get behind.  It also allows the marketing-based Mission Motorcycles team to drive the engineering-based Mission Motors team, hopefully into some actual sales and production.  According to our information, Seeger will be heading up the new company as CEO, and much of the rest of the team at Mission Motorcycles will assume leadership roles with the new company. The most notable update to the Mission site is the addition of a "Services" page, detailing their engineering capabilities.

From the Mission Electric site:

Mark founded the Mission Electric Company and oversees the company's strategy of bringing to market electric powertrains that outperform combustion engines on performance, experience, and price.

This includes the design, engineering and manufacturing of the most advanced production motorcycles in existence, the Mission RS and the Mission R—the highest performing street-legal production electric vehicles ever made. These two models are the first in broad line of products engineered to achieve the company's mission of bringing the superior performance and benefits of electric powertrains to affordability for consumers in categories currently limited because they burn a fuel.

As far as the bike goes, we just hope it's not "Mission Impossible."

Also, we hasten to add that this deal apparently has yet to be officially consummated. The final agreements have yet to be signed, in spite of widespread media reports to the contrary. Stay tuned.)